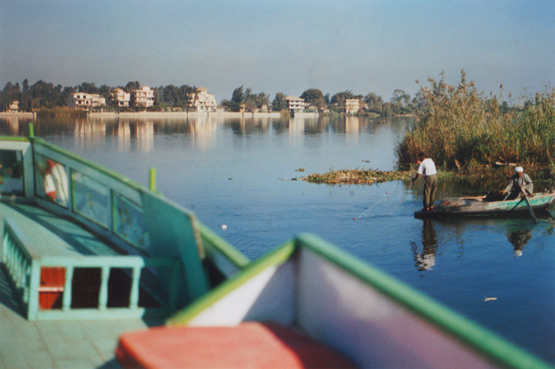 Writing about our visits to Egypt is like a trip down memory lane. In 1999 we went to Egypt twice: first on a roundtrip through the country & a second time to attend the Millenium concert by Jean Michel Jarre. We were so young, it was our 1st time together outside Europe and we were completely blown away by its beauty, the Egyptian people, the history, the monuments, the colors, the smells, the food, the shisha and the strong Turkish coffee. 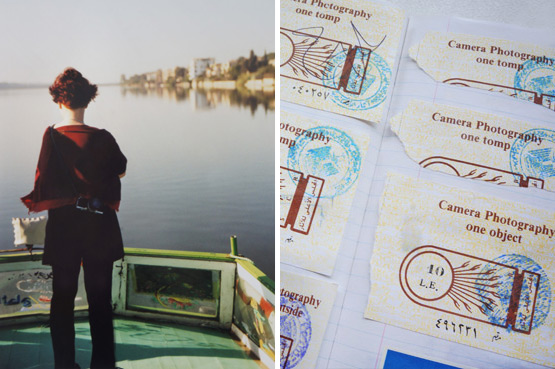 The contrast between the 2 visits could not have been bigger. Where on our first trip we visited all of the touristic highlights of Egypt ( with tickets that gave permission to take a photo of 1 single object! ), the second time we had a more local experience. We met up with an Egyptian friend and drove around with our driver Mekhti. 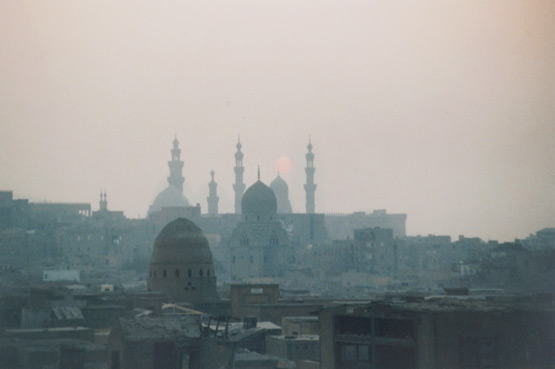 We asked him to show us how Egyptians liked to spend their weekends. He took us up north of Cairo to the Nile Delta where we sailed off on a small boat on the Nile and watched the houses of famous Egyptian actors & musicians. He also took us to into the city of the dead, to the roofs of a Mamluk mausoleum from were we had an amazing view over Cairo. 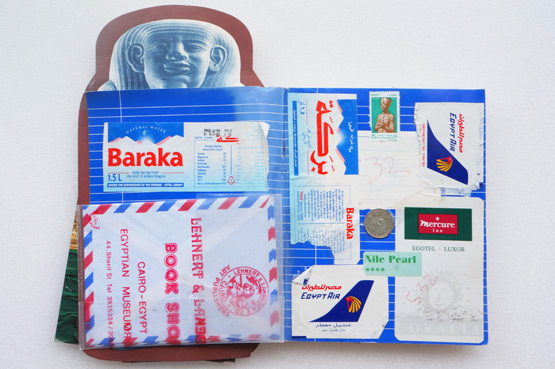 Our driver Mekhti loved listening to the movie soundtrack of Hammam in Amsterdam, about a poor Egyptian moving to Holland to become rich. On the tunes of Hammam ( listen at 5:19 ) we drove to the Pyramids of Gizeh where the Millennium concert took place. The car was inspected by impressive security guards with dogs & car bomb mirrors. And in the middle of the desert near the Pyramids we had to get through a security portal. Security restrictions were strict after the Luxor massacre. 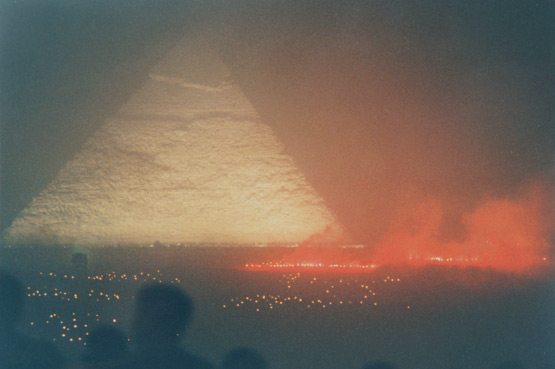 The performance by Jean Michel Jarre, together with Egyptian musicians, was an impressive start of the new millennium. It was grandiose: colorful fireworks, hundreds of torchbearers, a laser show & video projections on the Great Pyramid. Many others in the Philips VIP-tent from where we watched the concert didn't agree: they looked & acted so bored. They totally missed out on something amazing… 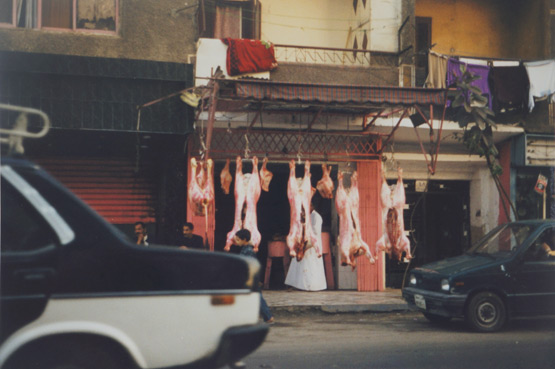 People were particularly welcoming during the Ramadan, inviting us to break the fast with them.

My favorite places in Egypt were:
► Aswan ( the Nubians living there were so kind! )
► The island of Philae in Lake Nasser ( so peaceful and it's amazing when you know the entire temple was moved there in 40000 pieces to save it from submerging in water )
► The Luxor museum ( with the beautiful statue of Akhnaten, a pharao with avant-garde ideas & an aesthetic I felt familiar with )
► The Tomb of Nefertari in the Valley of the Queens ( looked like it was painted last week! )
► The rice fields outside Cairo ( the brightest green ever! )
► and Cairo itself ( even though it's the loudest city I've ever been to ). 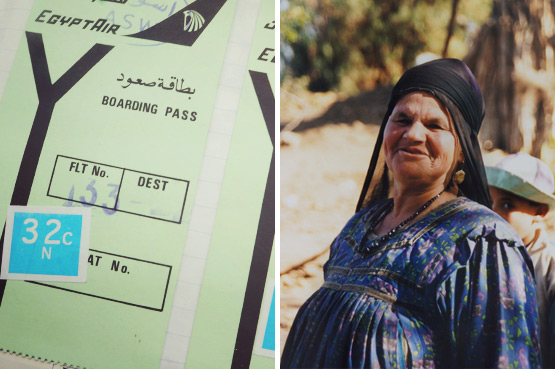 Have you ever been to Egypt? And what did you like best?