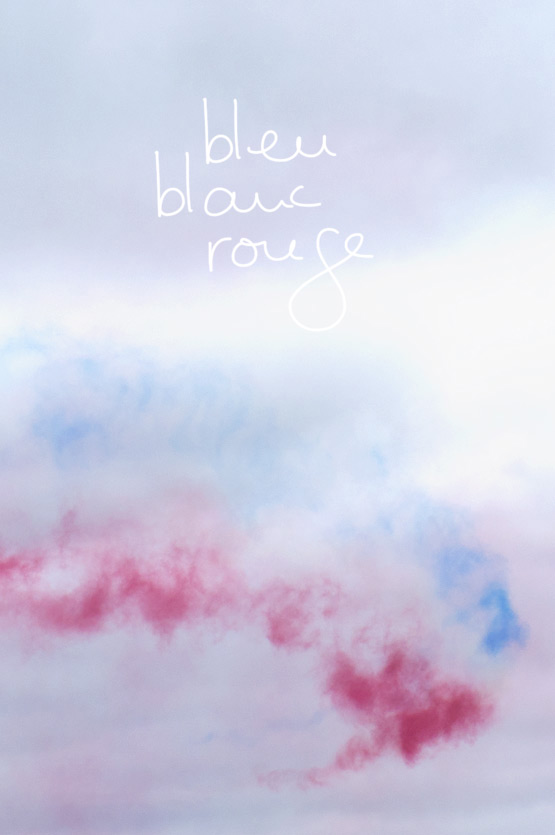 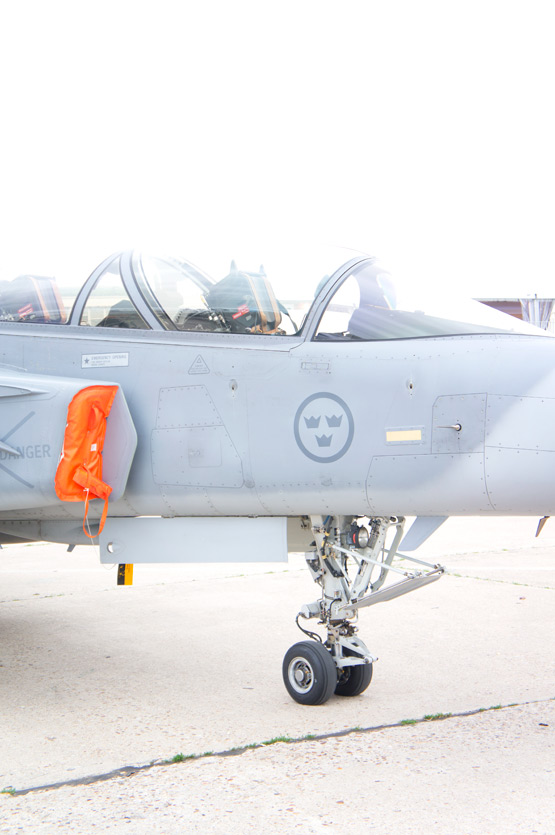 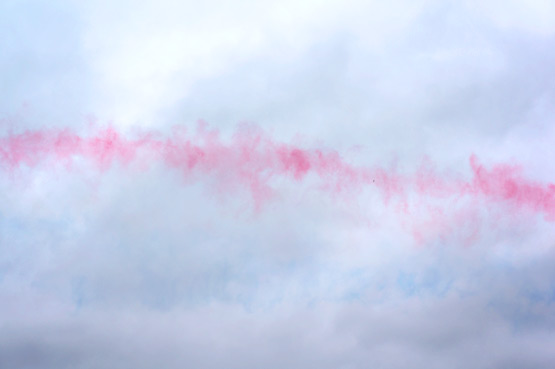 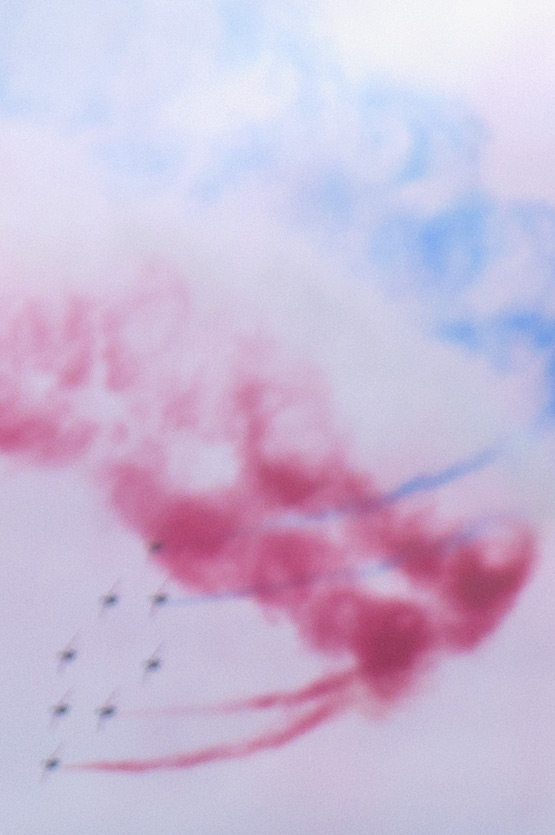 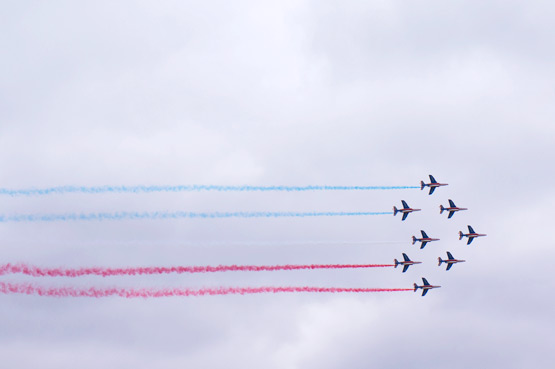 This weekend I spent some time in this male dominated environment called the Paris Air Show. Lots of state of the art aircrafts, engine noise and numerous drones, which I guess is the latest aeronautic hype. I was mostly drawn to the blue white and red smoke from the Patrouille de France team that performed above our heads. It had the same effect on me as fireworks… Woahhh!!! And it looks rather romantic too, don't you think?

10 thoughts on “At the Paris Air Show”