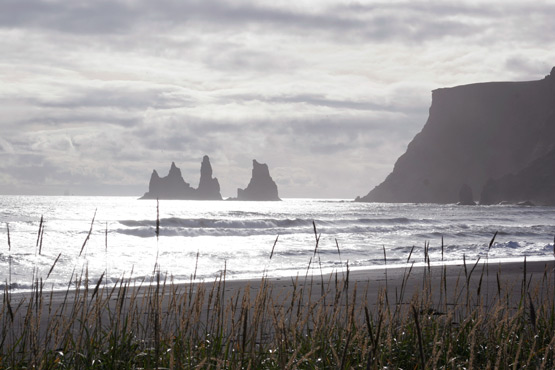 Let's pick up where I left (cIick for part 1) : stuck on Vestmannaeyjar waiting for the morning ferry to leave, or not… We were lucky, the weather was good enough to sail back to the main land, although the waves were just as high as the first time (ugh!). The bus driver hurried us back to Reykjavík from where we took another bus to Skaftafell National Park, in the South East.
We passed by the beautiful Vík, the now famous Eyjafjallajökull (which erupted only 6 months later), many waterfalls, the beautiful coastline, black sandy wastelands, rivers and spotted lots of sheep and a few Icelandic horses. 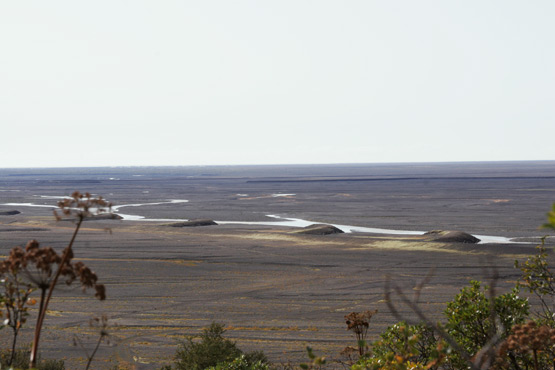 We stayed at the only hotel in the area which was just across the street of a gas station a.k.a. busstop. There was nothing else there. We had no car, only 1 bus passed by every day. So we were lucky to be able to rent 2 bikes the next day and did some hiking & biking in the National Park. We were all alone and sat on the foot of the Svartifoss waterfall with its impressive basalt blocks and enjoyed the view & the sun. Stunning! 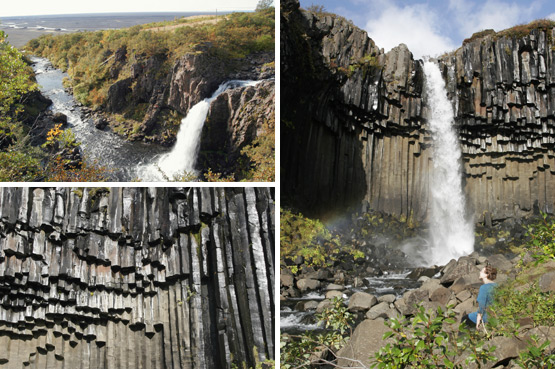 The next day we strapped on our crampons (metal spikes for your shoes) and went for a glacier hike with a trained guide. The cliffs were steep (brrr…) and the guide told passionate about the movement of the ice. We reached a small lake where we saw the rare phenomenon of very old ice breaking off and splashing very slowly into the lake. Breathtaking! 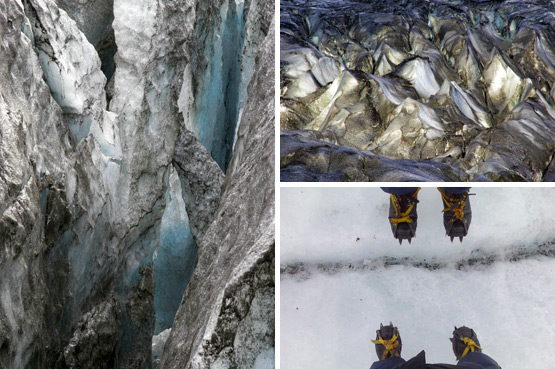 Our guide also told us we should absolutely go see the Glacier Lagoon called Jökulsárlón, as we were so "close" by (65km). A local farmer who was visiting friends in the lobby of the hotel, agreed upon that. After some talking he kindly offered to drive us there as he was planning on visiting some family nearby. The next morning the farmer (the biggest landowner in the South) picked us up… in his big black Hummer.

An hour later we arrived at the phenomenal Glacier Lagoon. Oh how stupid would it have been to miss this! While the farmer waited for us under the bridge (wasn't he going to visit his family?), we enjoyed the scenic views. We also enjoyed the amazing color & taste & sound of the ice, a tour with a hybrid boat and the tourguide who was super proud that this place once was the backdrop of movies like James Bond and Tomb Raider.
After a stroll on the black sandy beach which matched so well with the cool blueish white ice, we headed back in "our" Hummer. 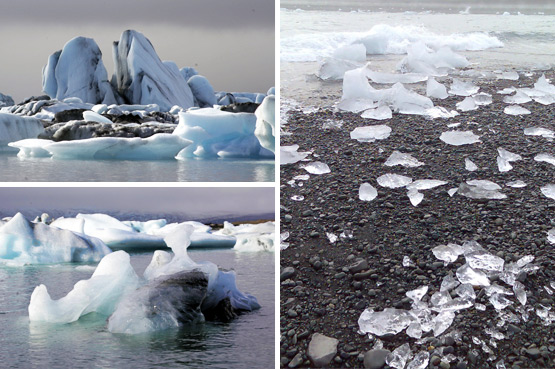 After a good night sleep & icy dreams, we drove back to Reykjavík by bus, while munching on some delicious Opal sweets, to catch yet another bus to Akureyri, a small town in the North East of Iceland. The drive along the ring road on the west and northern part of Iceland was scenic and so very different from the landscapes in the south!

Traveling through Iceland by bus means stops at gas stations all over the country. They serve good strong coffee, pylsur (hot dogs) and you can stock up on Opal sweets, to which I became addicted during our trip. Opals come in different flavors, but they're mostly mint and liquorice-like sweets. Icelandic people are quite nostalgic about their Opals. Especially the blue Opal which no longer exists because it contained chloroform. 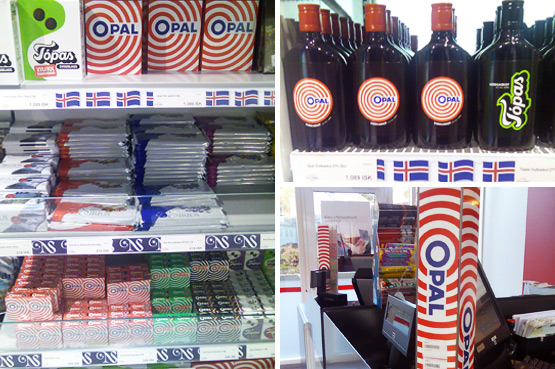 Check back soon for my favorite part of our trip to Iceland: the North East!

In the mean time, have a look at this beautiful blogpost by Emilie from Griottes on her trip to Iceland! So soo pretty!