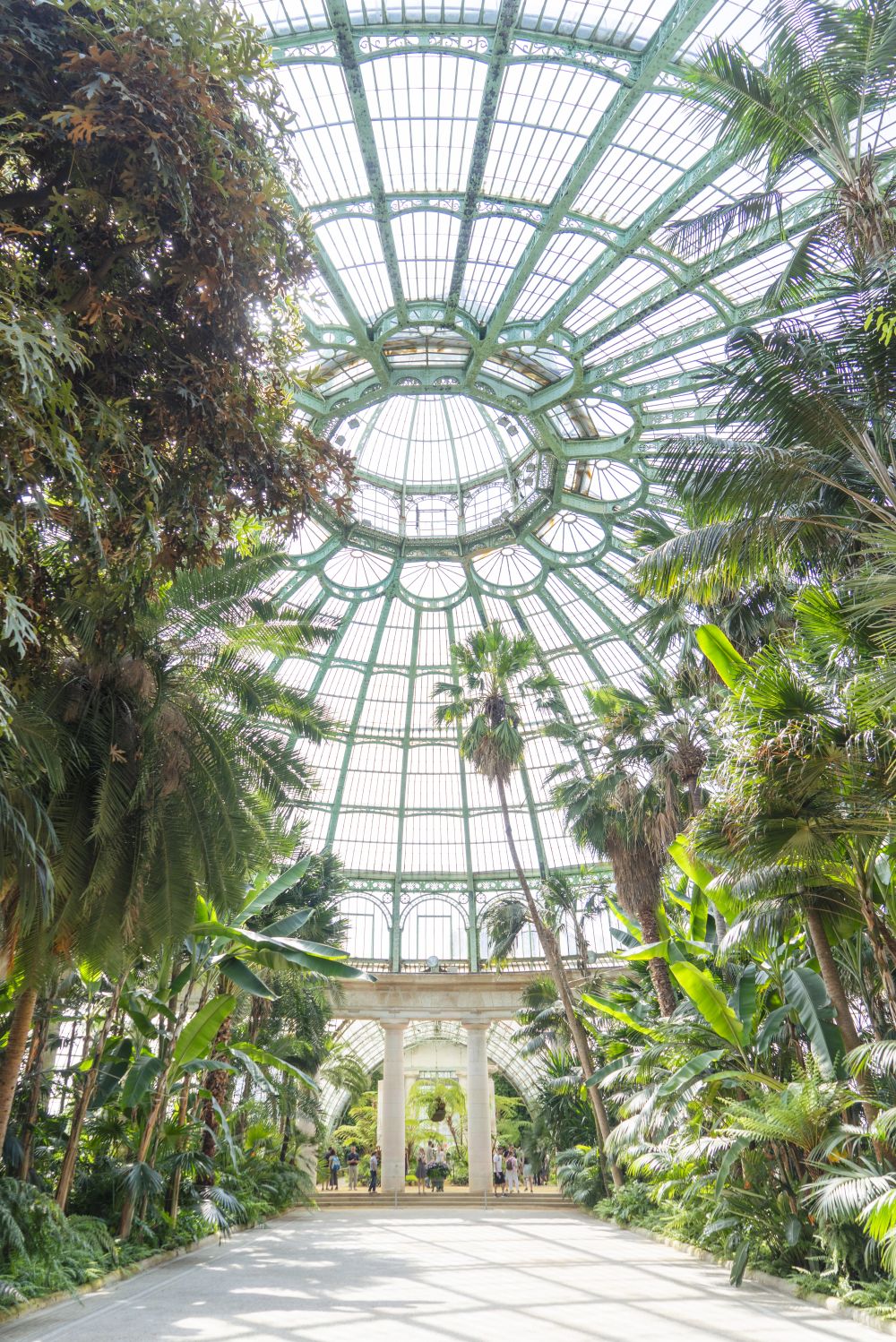 When you’re in Brussels during the only 3 weeks of the year when the Royal Greenhouses of Laeken are open to the general public, you just HAVE to go, right? This was the first time ever, that I queued up to visit a greenhouse. It was also the most annoying visit ever: there were too many loud and impolite people to my liking… there was only one route through the greenhouses and it all felt way too polished, perfect and flowery to me. BUT… 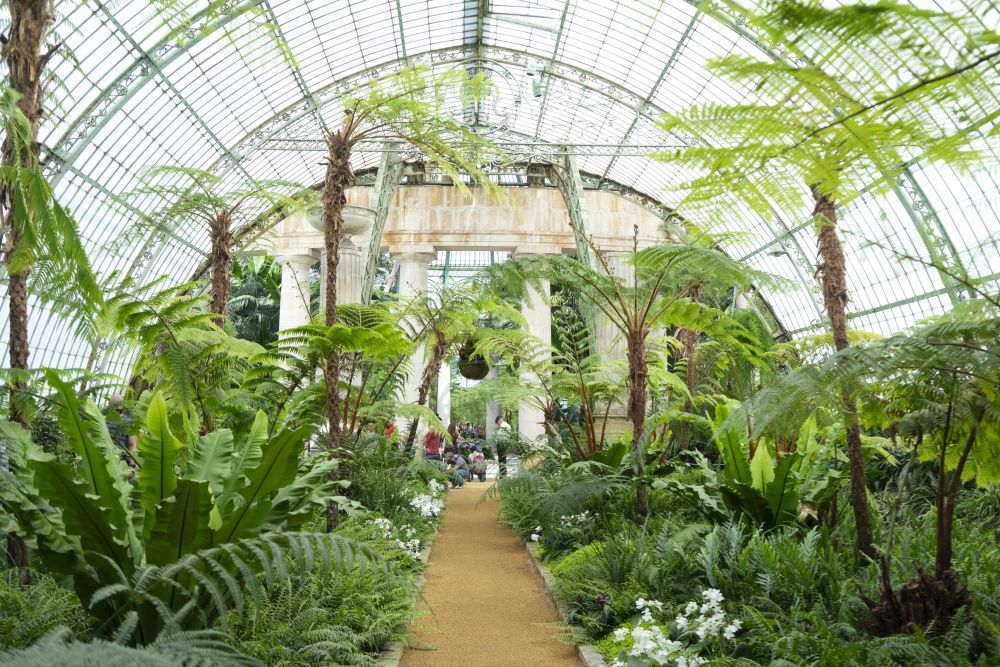 BUT: the final greenhouse, the Winter Garden with the Royal Crown on top, made it all worth it: I mean look at how amazing it looks in the first photo! It was so impressive, with beautifully aligned palms, banana trees and ferns. And this mega giant huge Monstera deliciosa on the side… One of the biggest specimens I have ever seen: 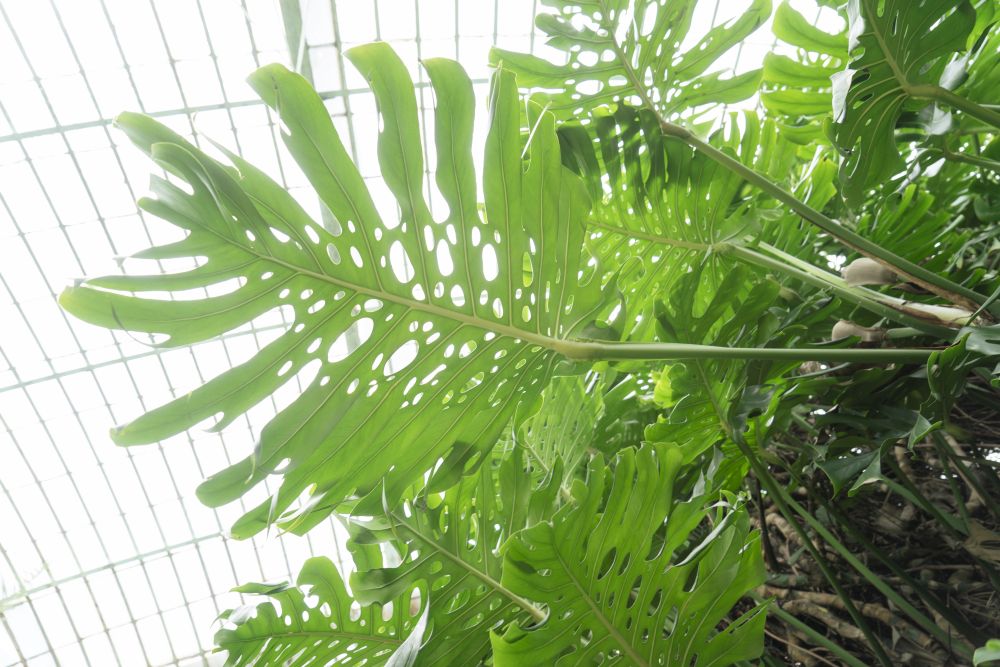 In 1873, architect Alphonse Balat designed a complex of greenhouses for King Leopold II, made entirely of glass and steel, in order to complete the castle of Laeken. He supervised the different stages of its construction until his death in 1895, and was succeeded by the architects Girault and Maquet. Built between 1874 and 1905, the Royal Greenhouses were a spectacular innovation by their size and their architectural quality. King Leopold II was particularly fond of camelias, and thus the greenhouses house an exceptionnal collection of them. 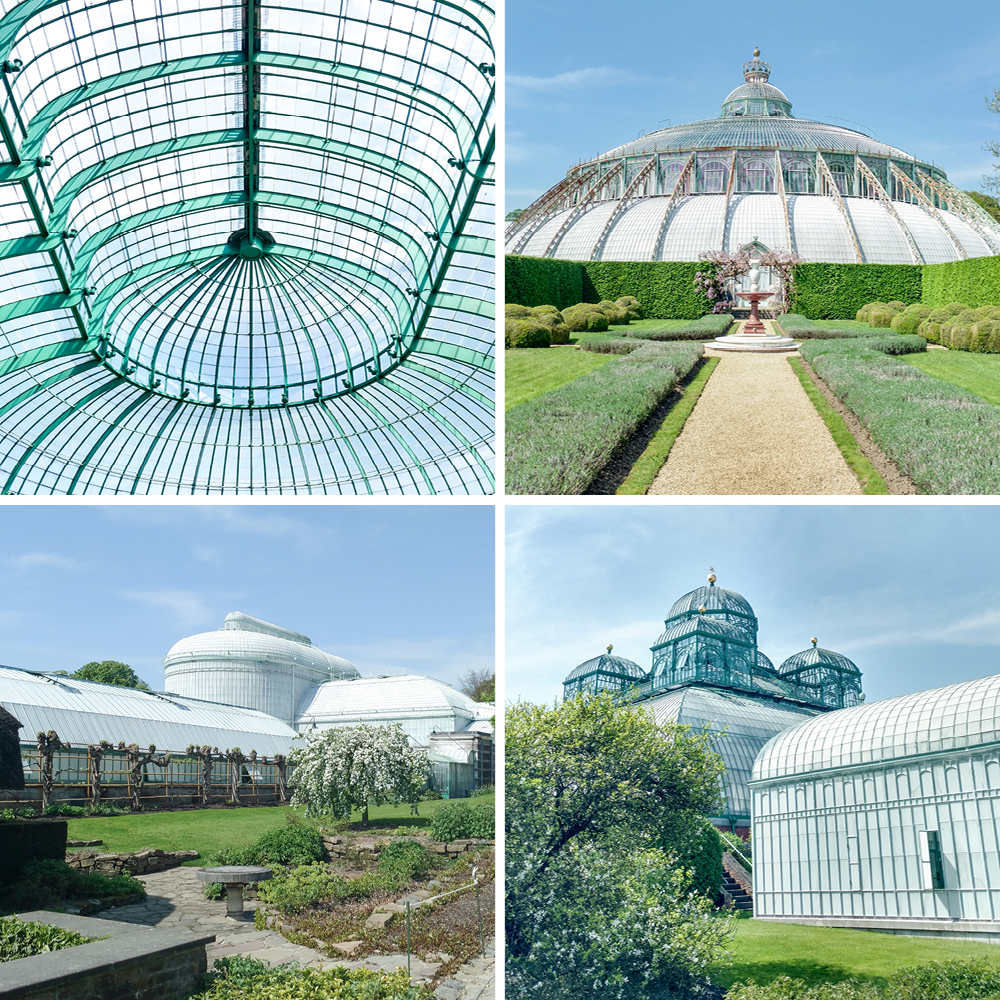 A few facts and figures: The park measures 194ha and the greenhouses complex covers a 1.5ha floor space with a roof made of 2.5ha of glass. 651 Tonnes of steel are used for the Winter Garden. Some plants are nearly 200 years old. 60 Employees take care of the plant collection and more than 100.000 people visit the Royal Greenhouses of Laeken every year. 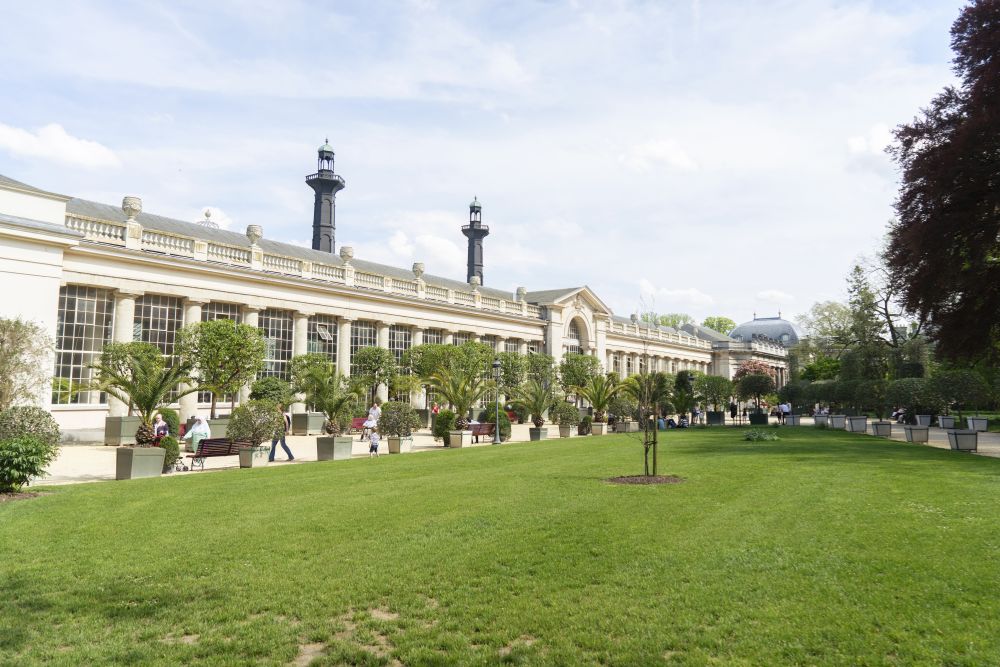 If you have the chance to visit the Royal Greenhouses of Laeken before May 11th, go go go! It is spectacular and so worth the visit, despite the touristic feel of the venue, it is impressive. A definite must-see! 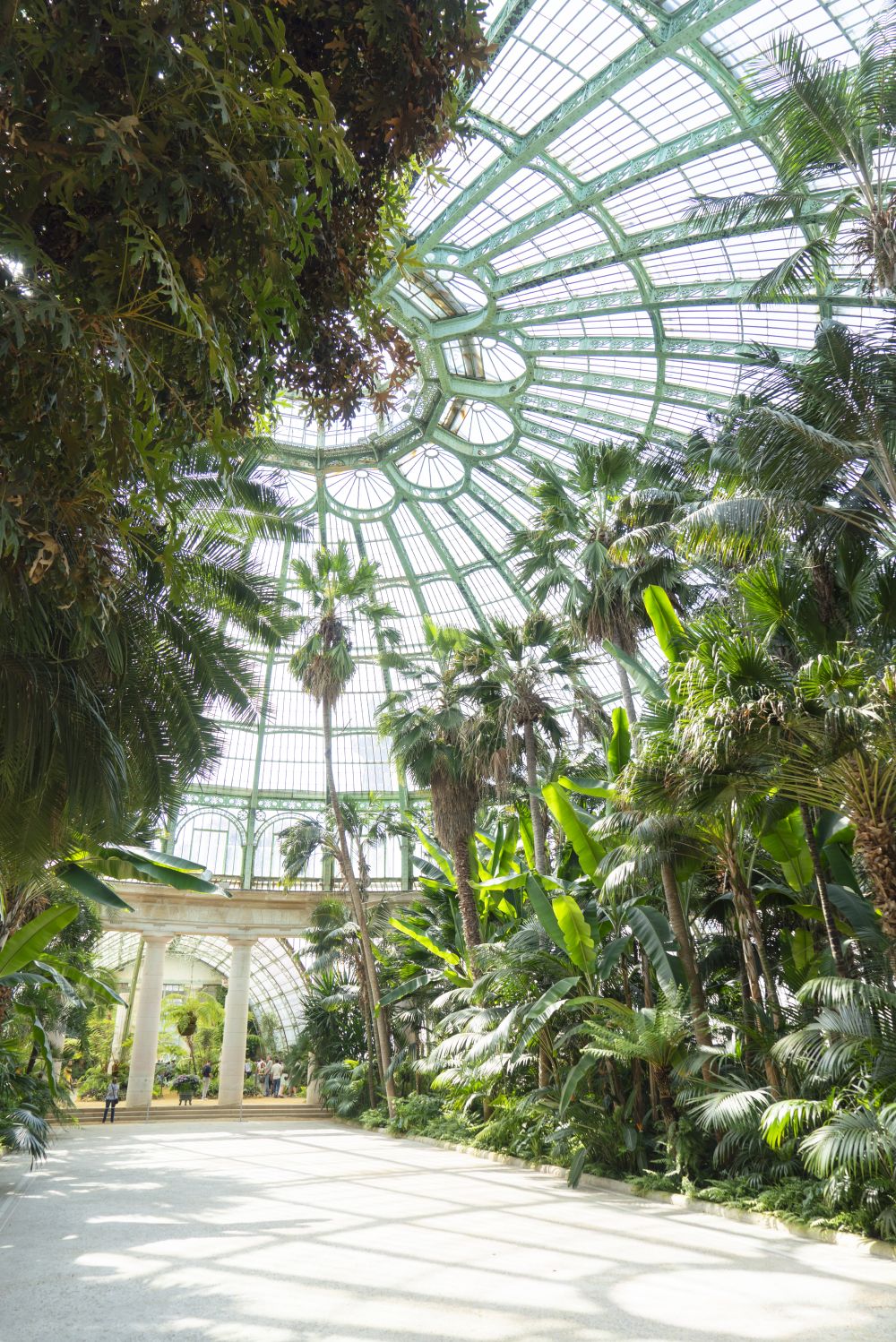 The Royal crown on top of the Royal Greenhouse: 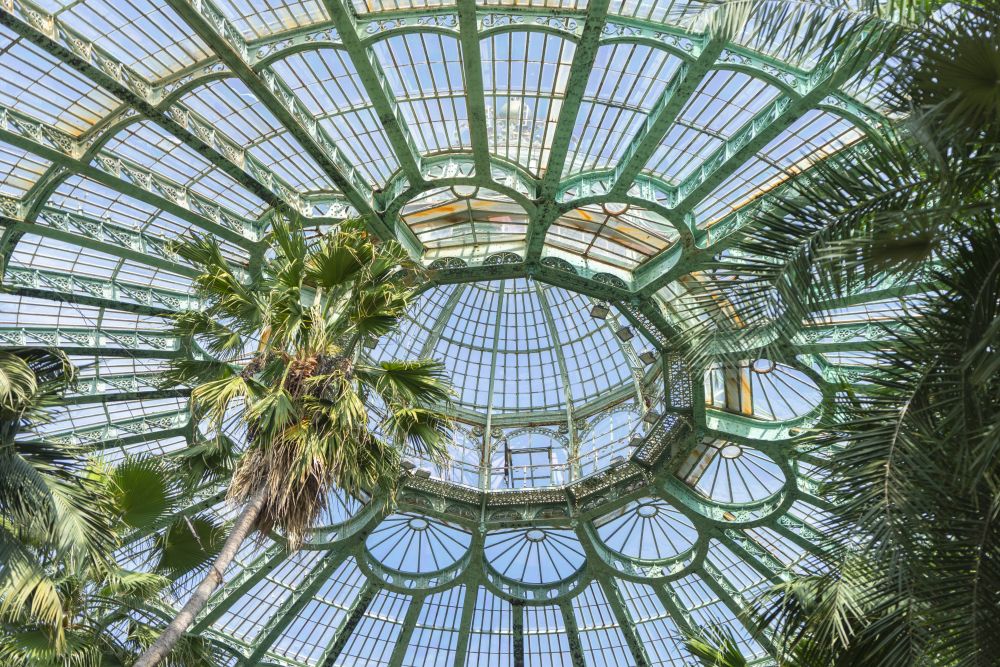 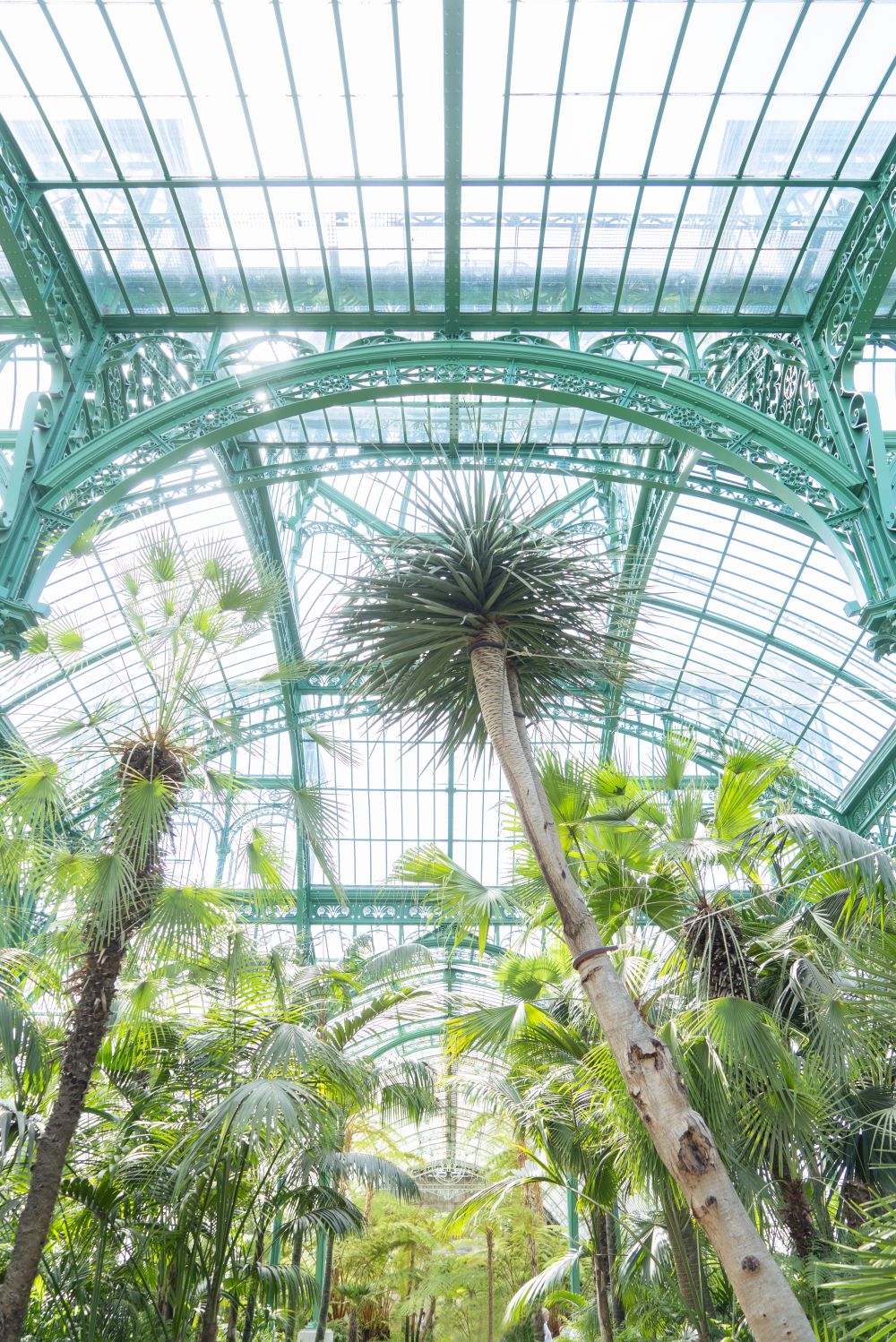 Along the winding path through the different greenhouses everything is very floral: if you like fuchsia plants, this the place to be: they are everywhere and the small garden parcels are meticulously cultivated. 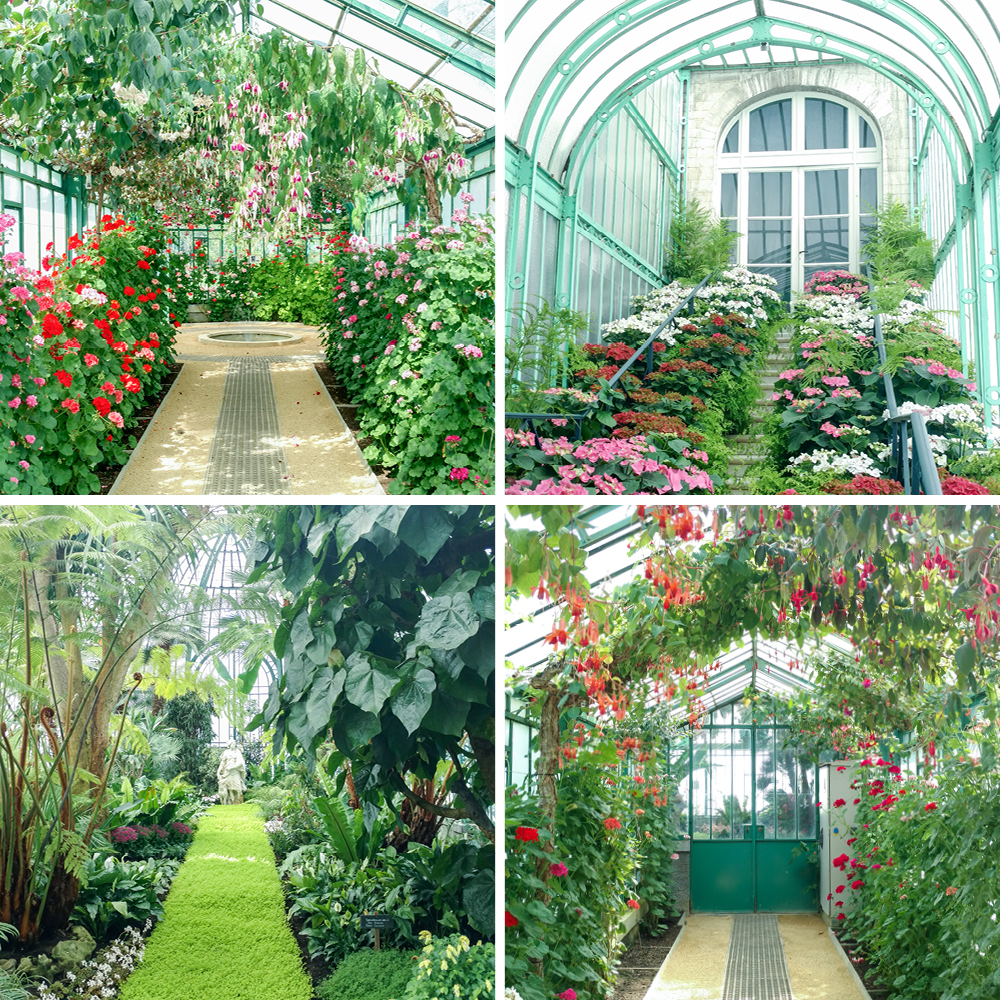