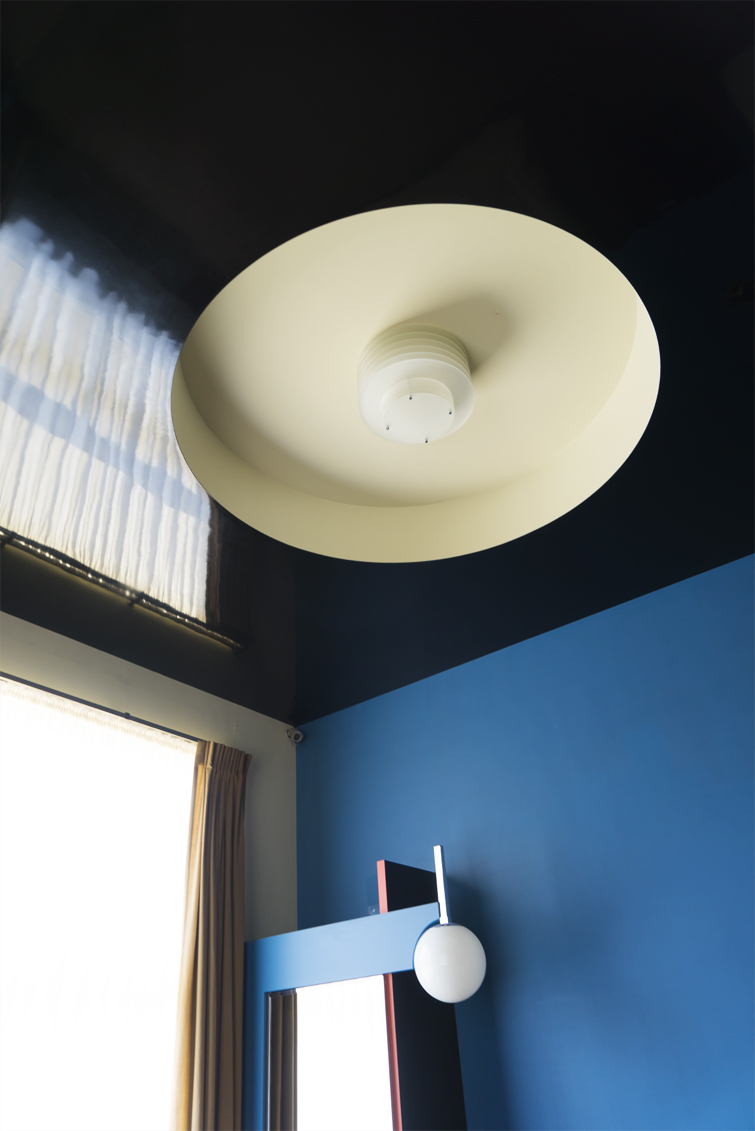 One of my favorite trips of the summer was to the city of Roubaix, in the metropolitan area of Lille, in the north of France. Our goal was to visit La Piscine, a museum of contemporary art and industry that is located in a former indoor swimming pool. Did I like it? What can I say, it was eclectic, strange, loud (with typical swimming pool sounds through the speaker every once in a while) and still has a small pond in the central hall with flowing water. The museum exhibits a few interesting art pieces, but it didn't really blow me away as I expected it would. I must say that we forgot that it was the first Sunday of the month, hence free access to the museum, so it was rather crowded with people that usually don't visit musea. After our visit of La Piscine, I realized that we were actually very close to Croix, home of the famous Villa Cavrois, built in 1932 by Robert Mallet-Stevens, that I've been wanting to visit for a while. So off we went! And I loved it! 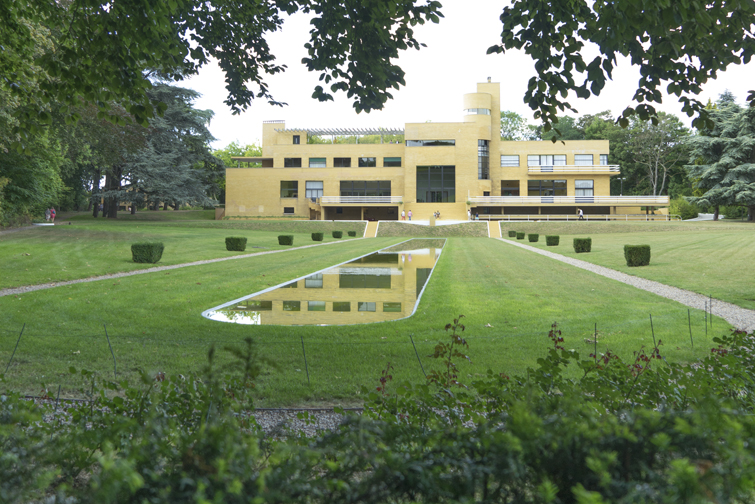 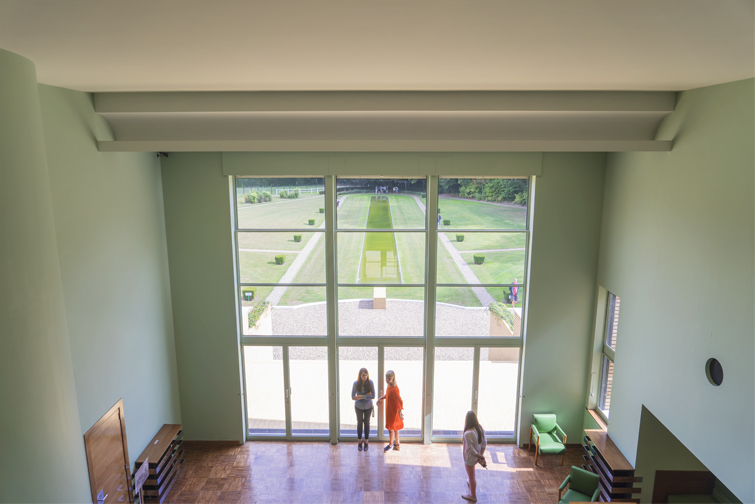 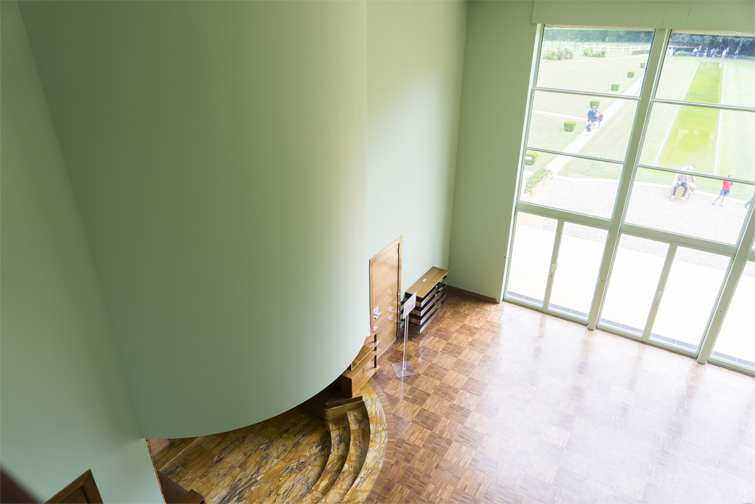 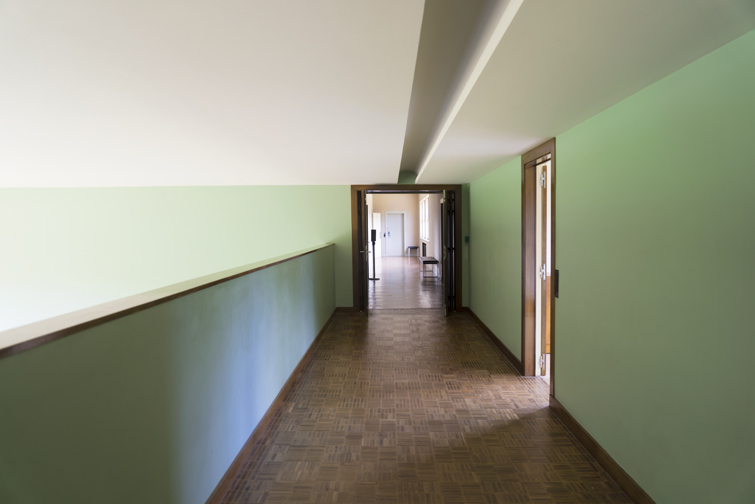 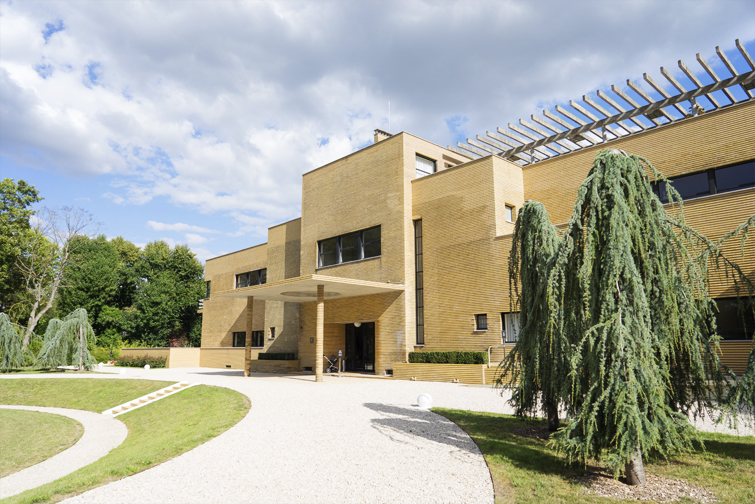 The Villa Cavrois was recently restored by the Centre des Monuments Nationaux and it looks like new! The renovation is really well done, the entire home feels luxurious and spacious, also because it's not overly decorated, which allows you to really appreciate the lines of the building, the volumes and the colors. The Villa was originally built to house a family of nine and is impressive by its proportions (2800m2!) and has some very modern features for the time like electricity in all rooms, telephone, central heating and airconditioning, electric clocks and towel heaters. Because Robert Mallet-Stevens worked as a set designer for the cinema, he also designed all the furniture, lighting and even the garden, which makes the villa a true piece of art. 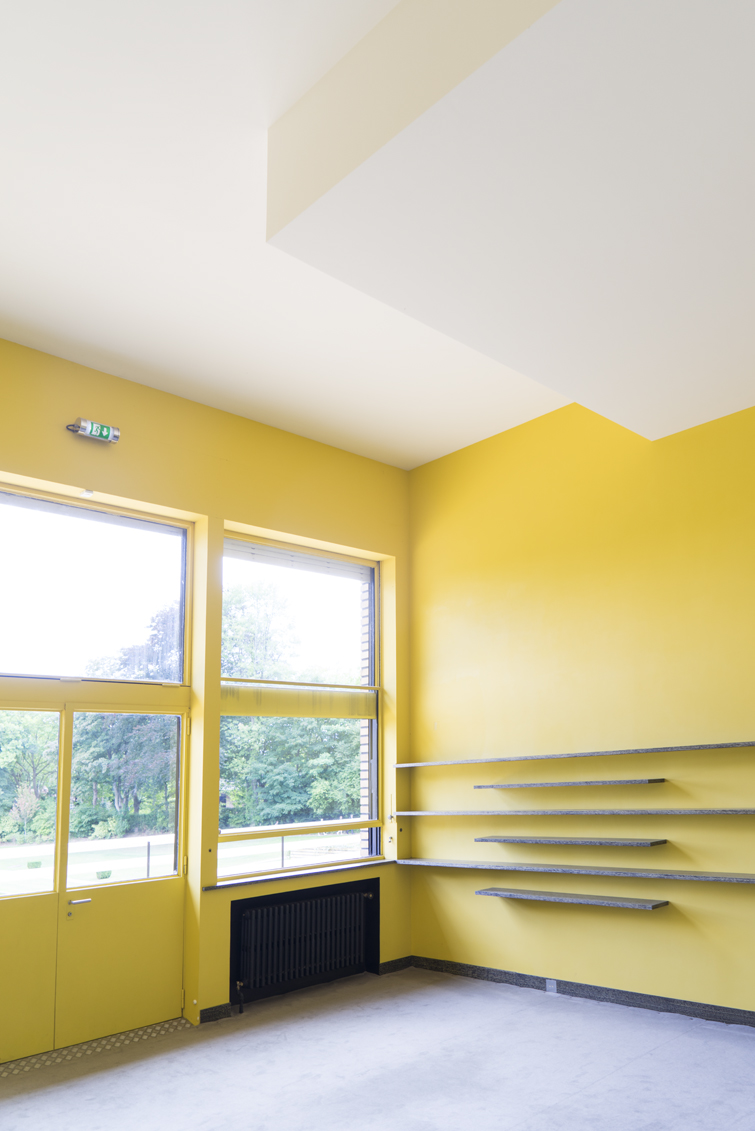 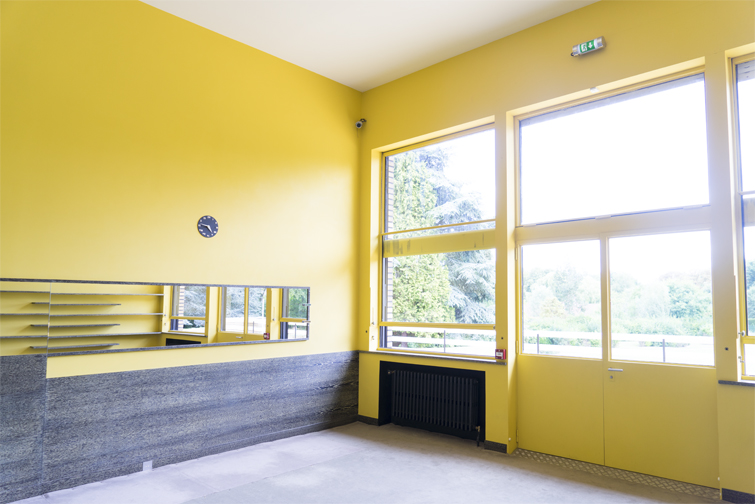 "In the early twentieth century, the Nord was one of the most industrialised regions in France. Roubaix and Tourcoing were then a major centre of textile production, so much so that Roubaix became known as the "city of a thousand chimneys". The Cavrois-Mahieu company, founded in 1865, manufactured upmarket fabrics for Parisian Houses. In 1923 the company, which had five factories, employed nearly 700 employees. When Paul Cavrois, the owner of this company, decided to build a house for his family, he bought land at a place called Beaumont, a few kilometres from Roubaix. Since 1870, the industrial bourgeoisie has distanced its residences from the factories to benefit from a healthier environment and a better quality of life. The municipality of Croix, on the outskirts of Roubaix, saw imposing bourgeois residences flourish, true little castles, which were characterised by their neo-regionalist style. In this landscape, the silhouette of the modern villa designed by Robert Mallet-Stevens contrasts sharply." Read more about the history of the Villa Cavrois HERE. 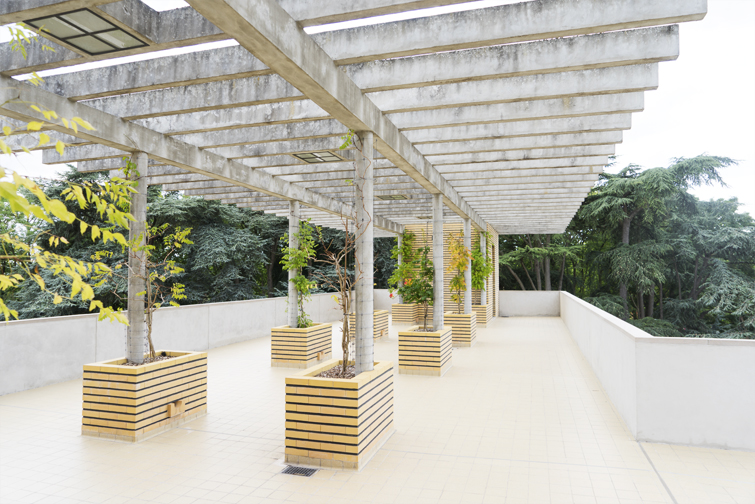 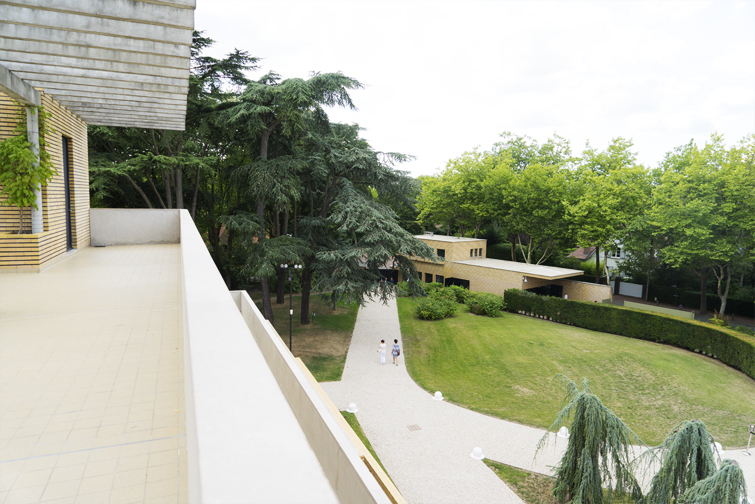 The August light changed all the time, from cloudy to sunny: 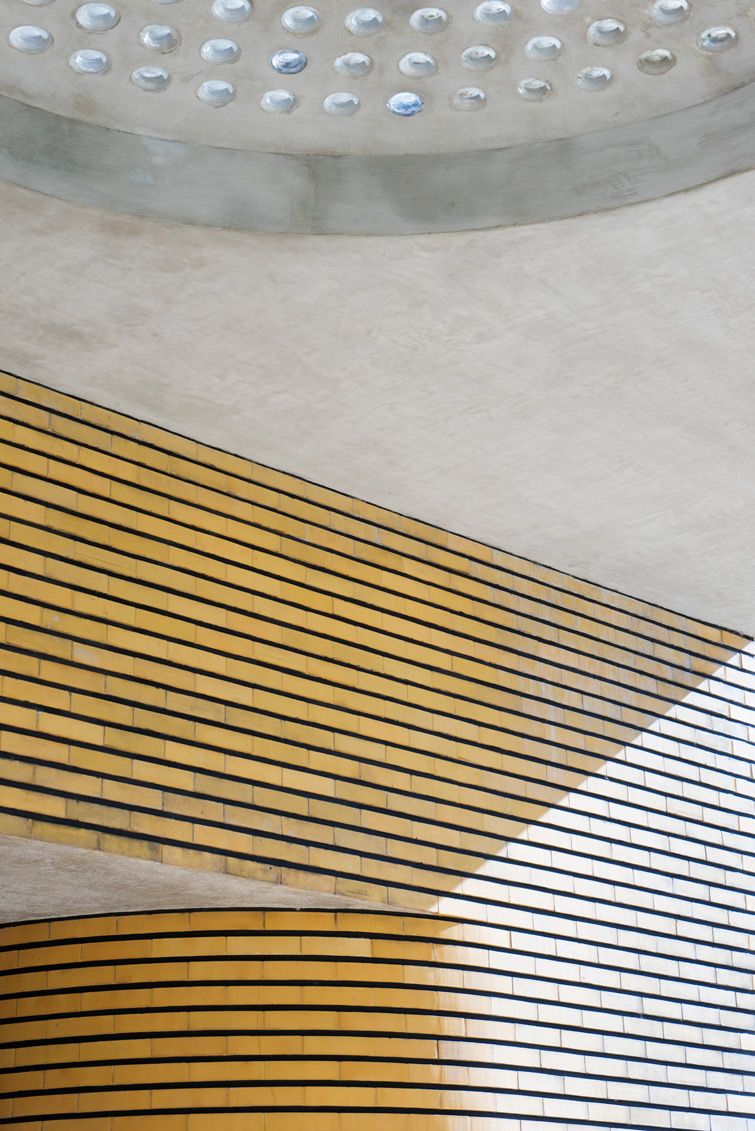 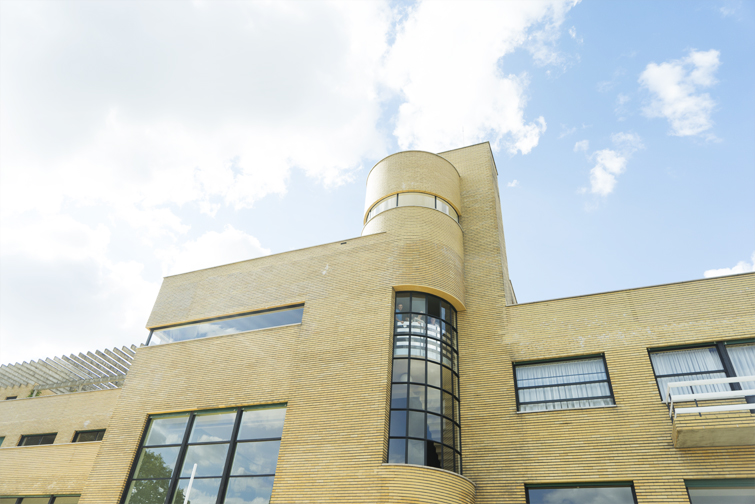 Colorblocking in 1930s style. The blue totally reminds me of one of the walls in the Villa Savoye. 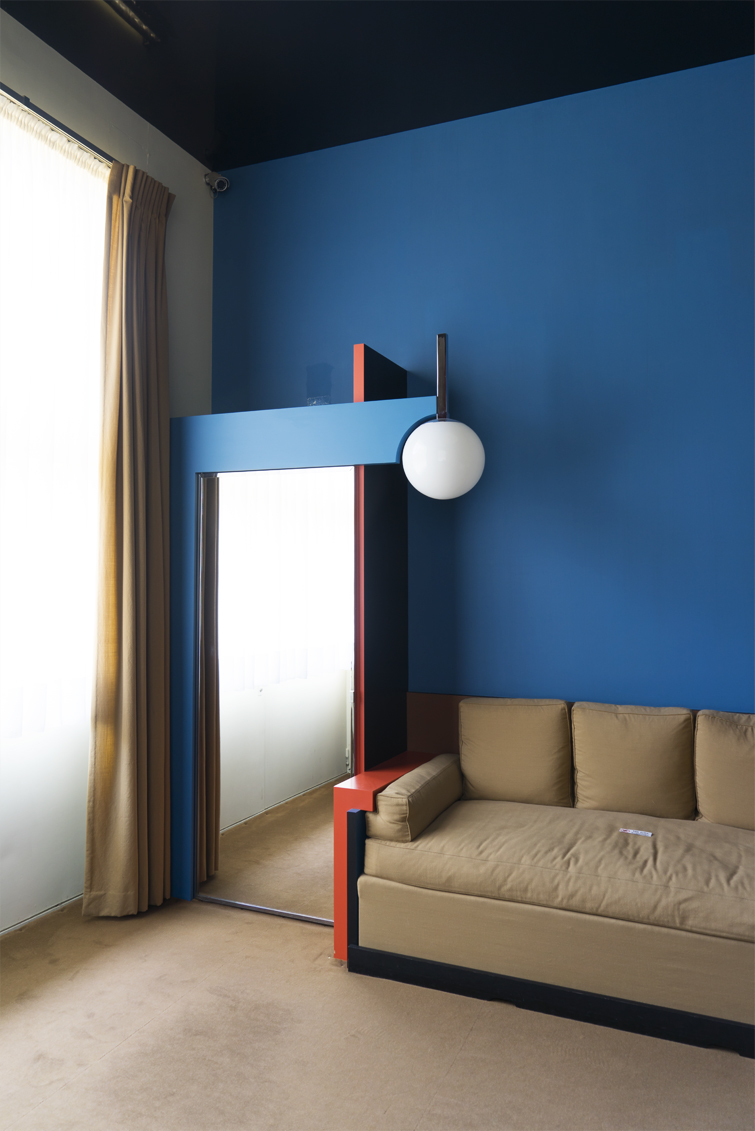 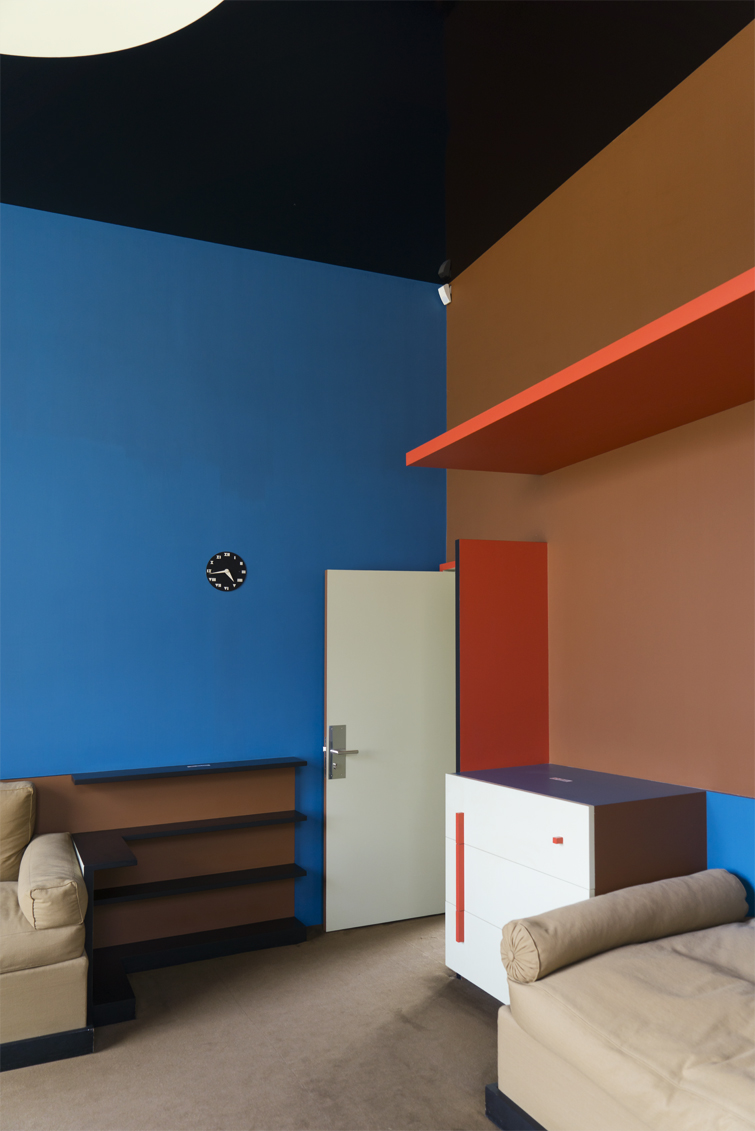 How classy is this cognac colored liseret in one of the bathrooms: 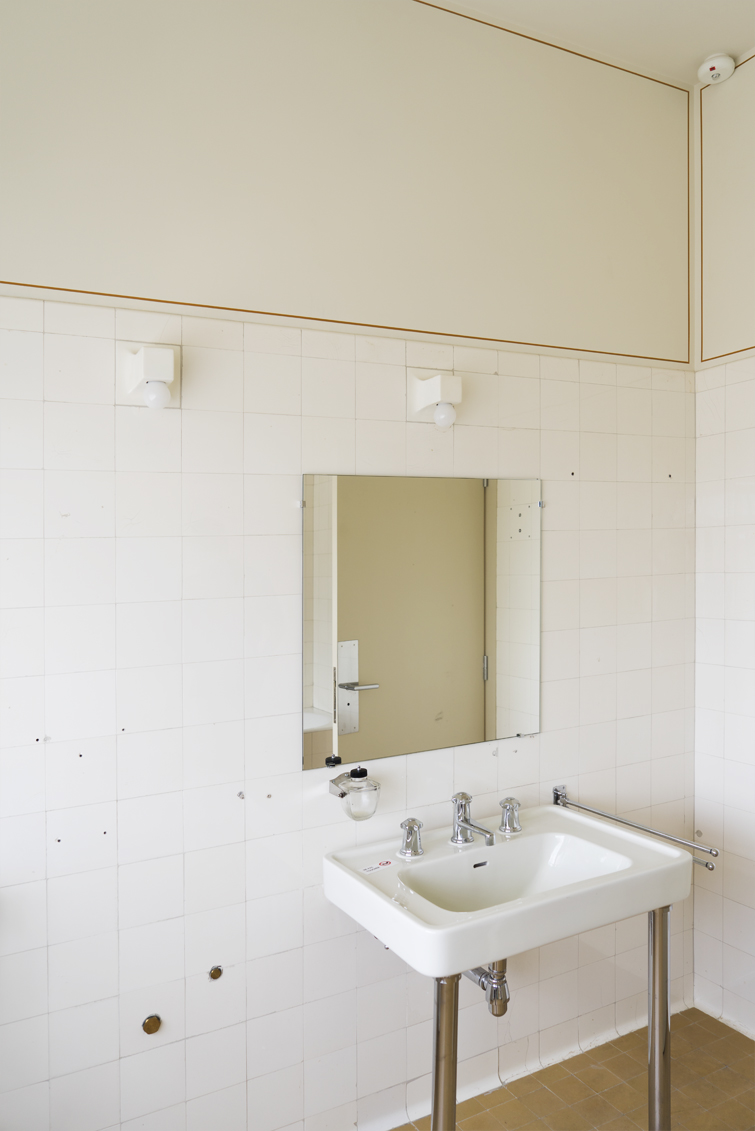 If you loved this peek of the Villa Cavrois, you may want to check out my previous posts about some architectural gems like La Maison Louis Carré, the Alvar Aalto Studio, le Palais Bulles by Antti Lovag, la Villa Savoye by Le Corbusier, the Mies van der Rohe pavillion, the Artist's Entry in Park Middelheim or la Plage de Lys.