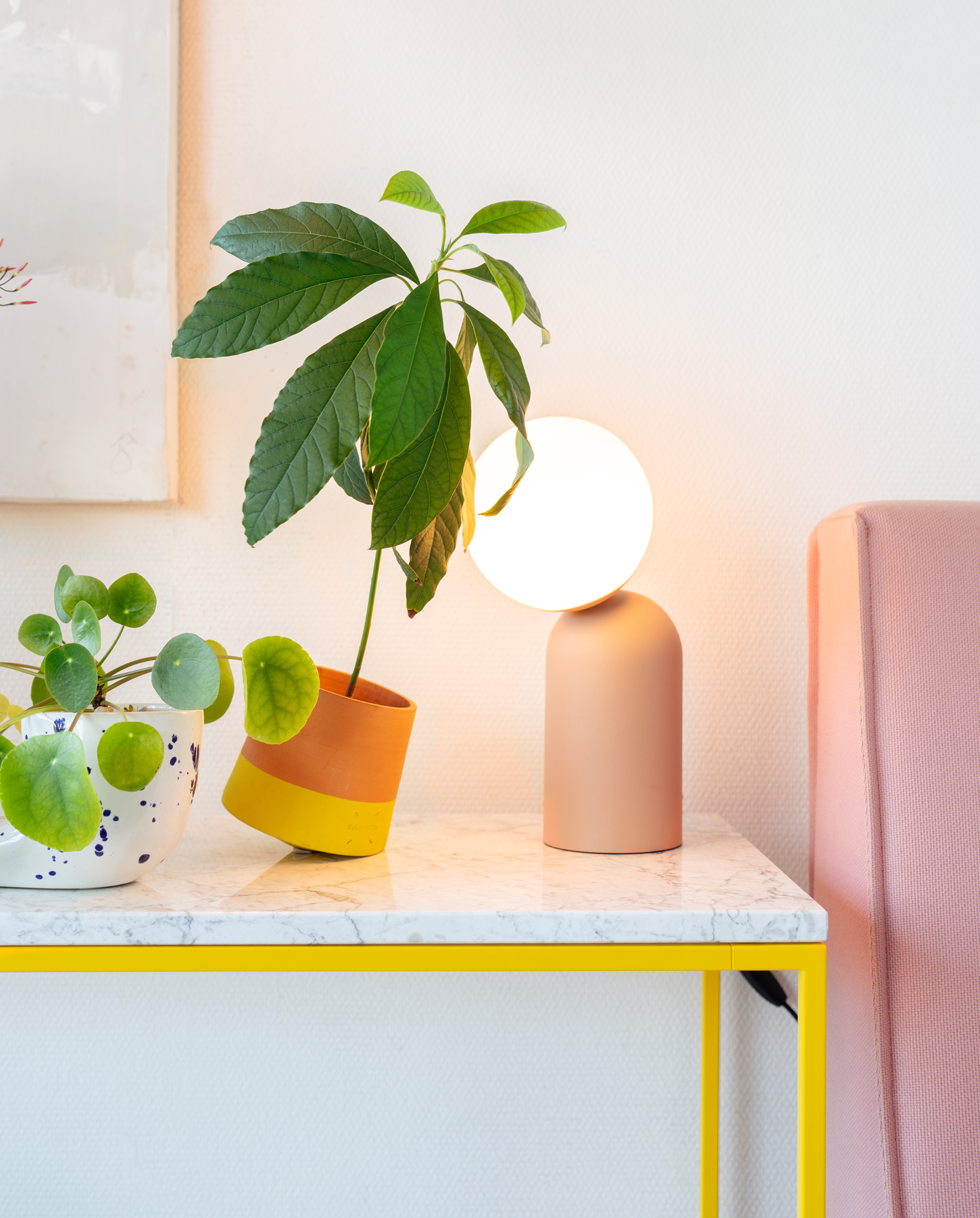 When my Mastermind buddies and I made our visionboards in January 2019, I didn’t expect that every single word and image I was sticking to the board would make its way into the new year. I wonder if having the vision board in my office, and the fact that I saw it every day, influenced my decisions and views. Or whether everything can be interpretated in a way that matches your visionboard… Anway, I can’t wait to make my visionboard for 2020 soon, as I have big dreams, hopes and ambitions for this new year. But first a little recap of 2019: because what a year it has been! An exhausting and exhilarating year that stretched my limits in more ways than one. 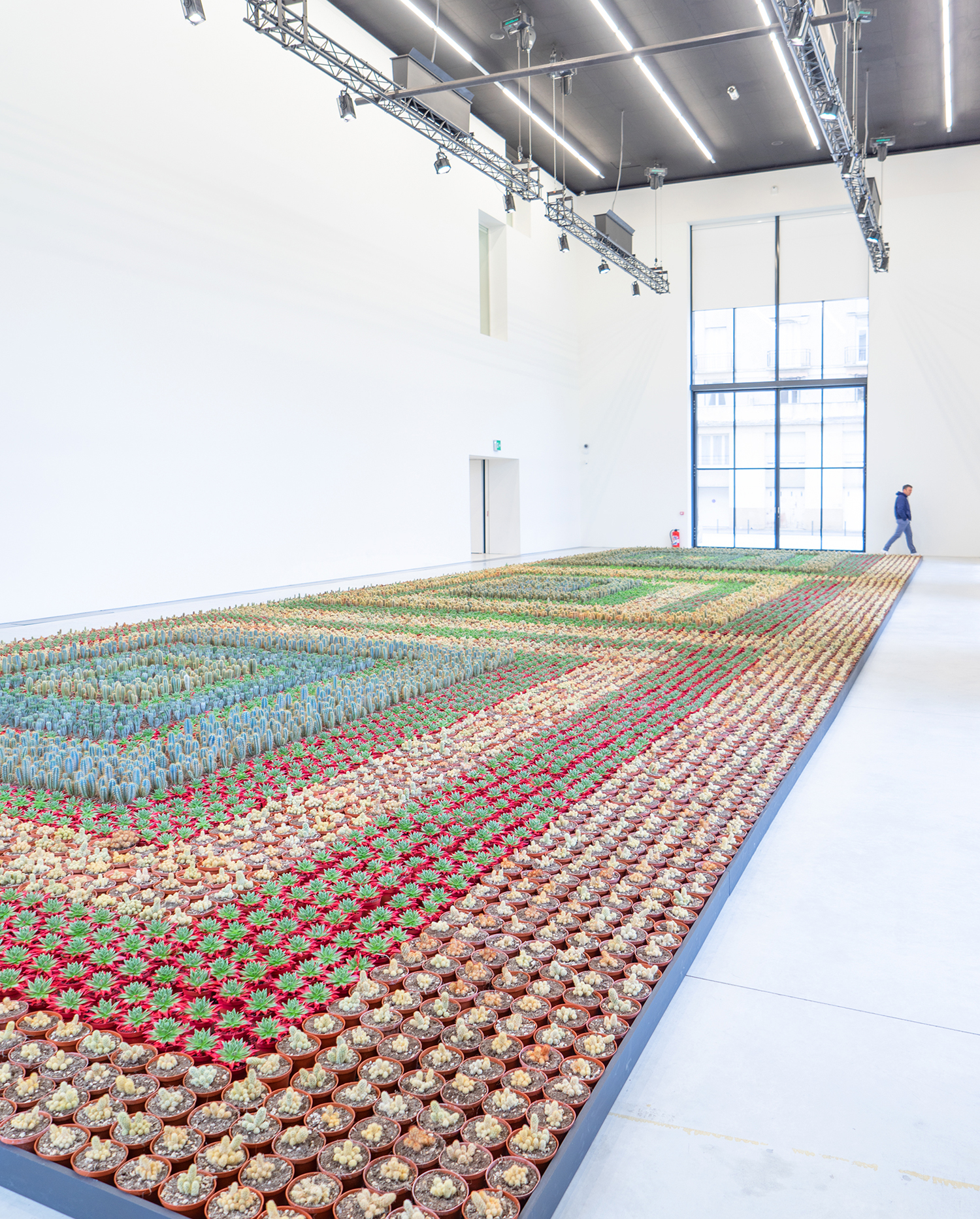 We started 2019 with a few days near Saumur in France, where Robert and I made a lovely New Year’s walk over the hills of Montsoreau in the Loire Valley and visited a cool exhibition with cactus art by Ghada Amer at the Centre de Création Contemporaine Olivier Debré in Tours. 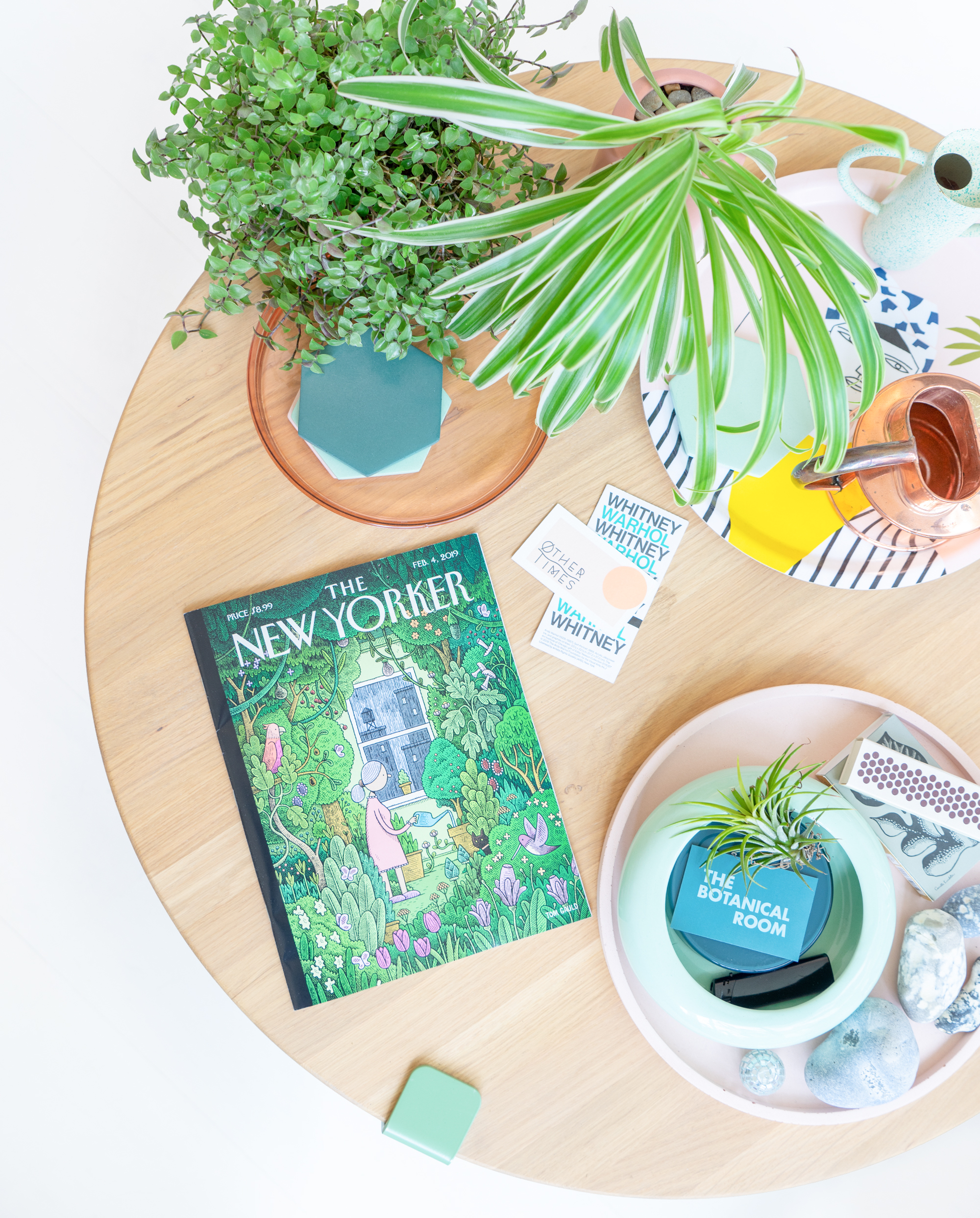 Igor and I spent a week in NYC, where we worked on a big Urban Jungle Bloggers project and explored the city, had a really good pizza at Roberta’s, tasted the best fluffy pancakes ever at Friendmans in Chelsea Market, and visited the coolest dentist’s office called Grand Street Dental. The cities’ best green hotspots, plant shops and Brooklyn botanical garden are on the UJB blog. 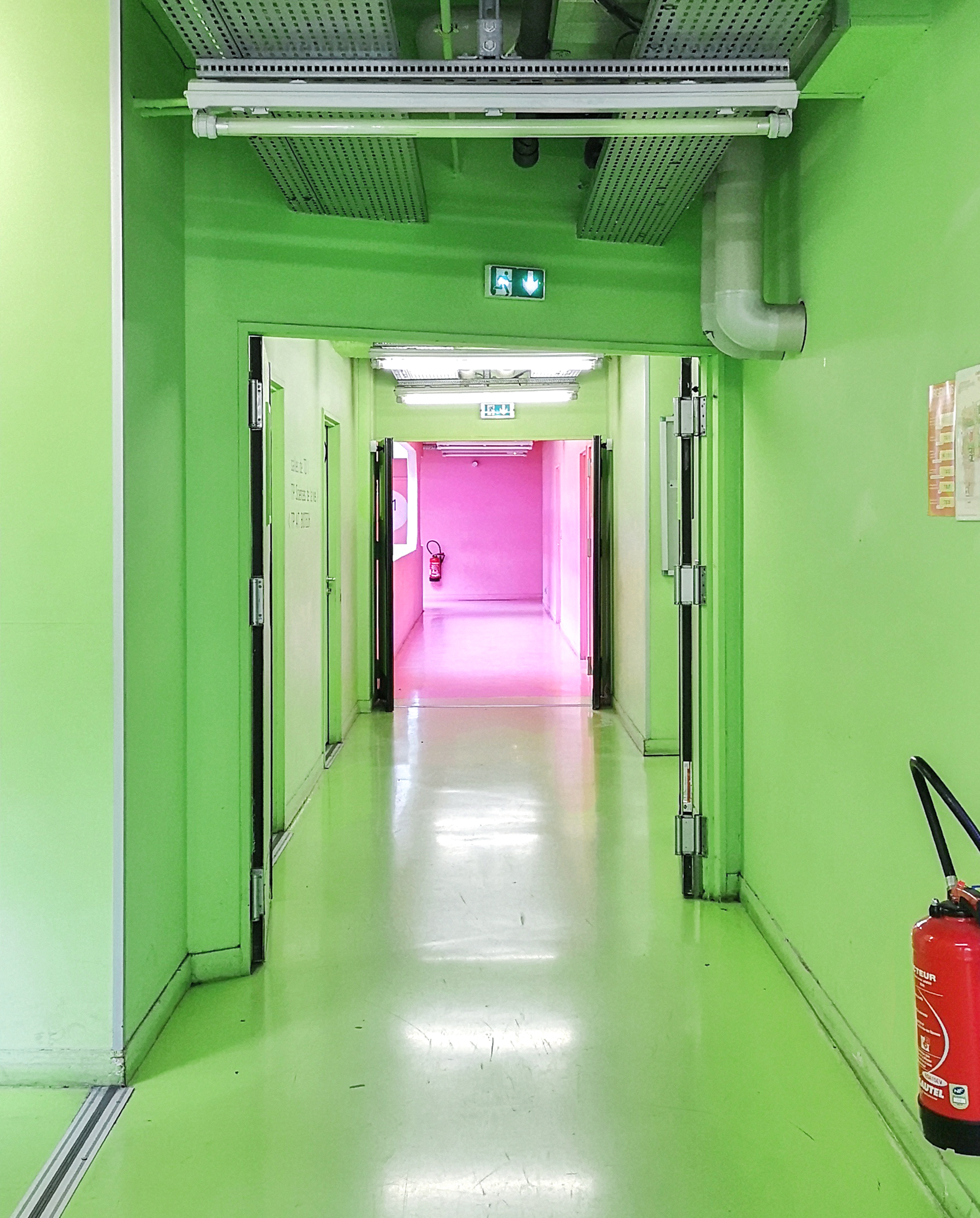 Robert and I took the train to Toulouse for a weekend “en amoureux” and visited the Serres municipales (partly closed) as well as the Toulouse Museum, which was surprisingly nice. In Paris, I visited the cool and colorful Université Jussieu for the first time: a must-see if you love bright colors, as it’s so immersive. 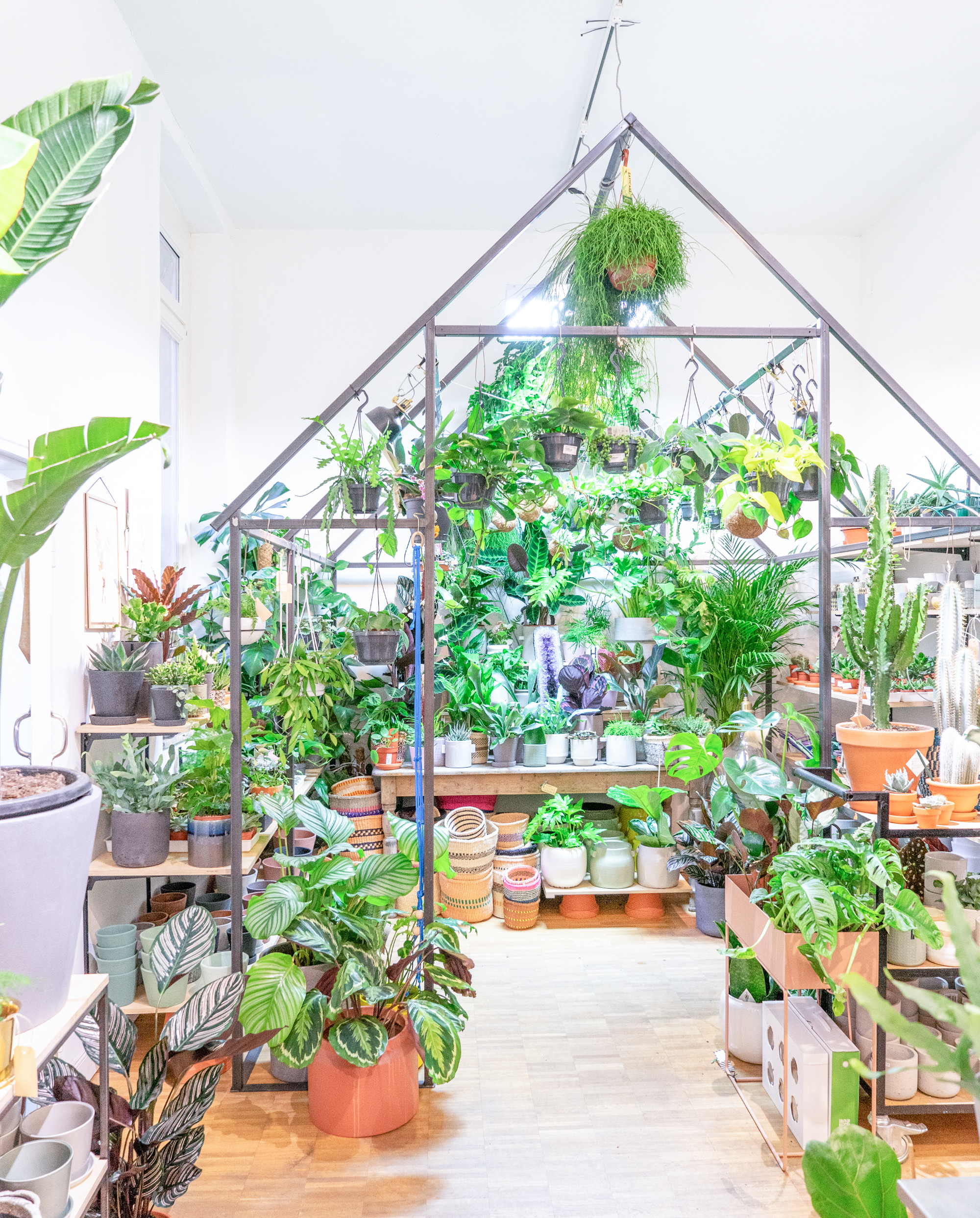 I traveled to Hamburg to shoot an UJB campaign with Bugaboo. It was an extremely grey day, but we managed to visit quite a few green places with the team of Femtastics. 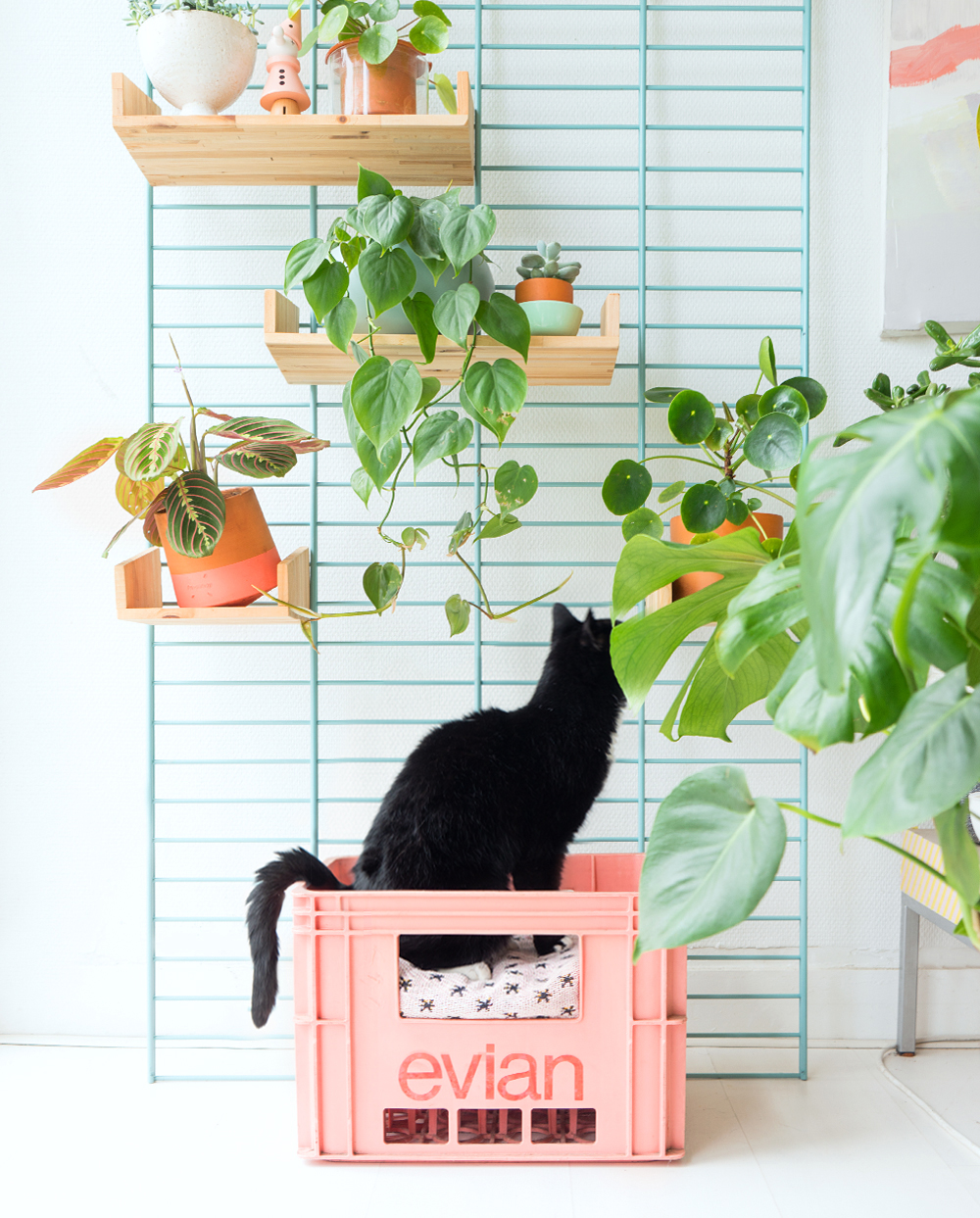 We lost our dear almost-18-years-old cat Otta and the home was more quiet than ever. We knew we wanted to adopt new cats and started searching for three kittens to adopt at our local shelters. By coincidence we also saved a few kittens from a neighbor’s car that were too young to be adopted by us. They survived and were adopted in the summer. 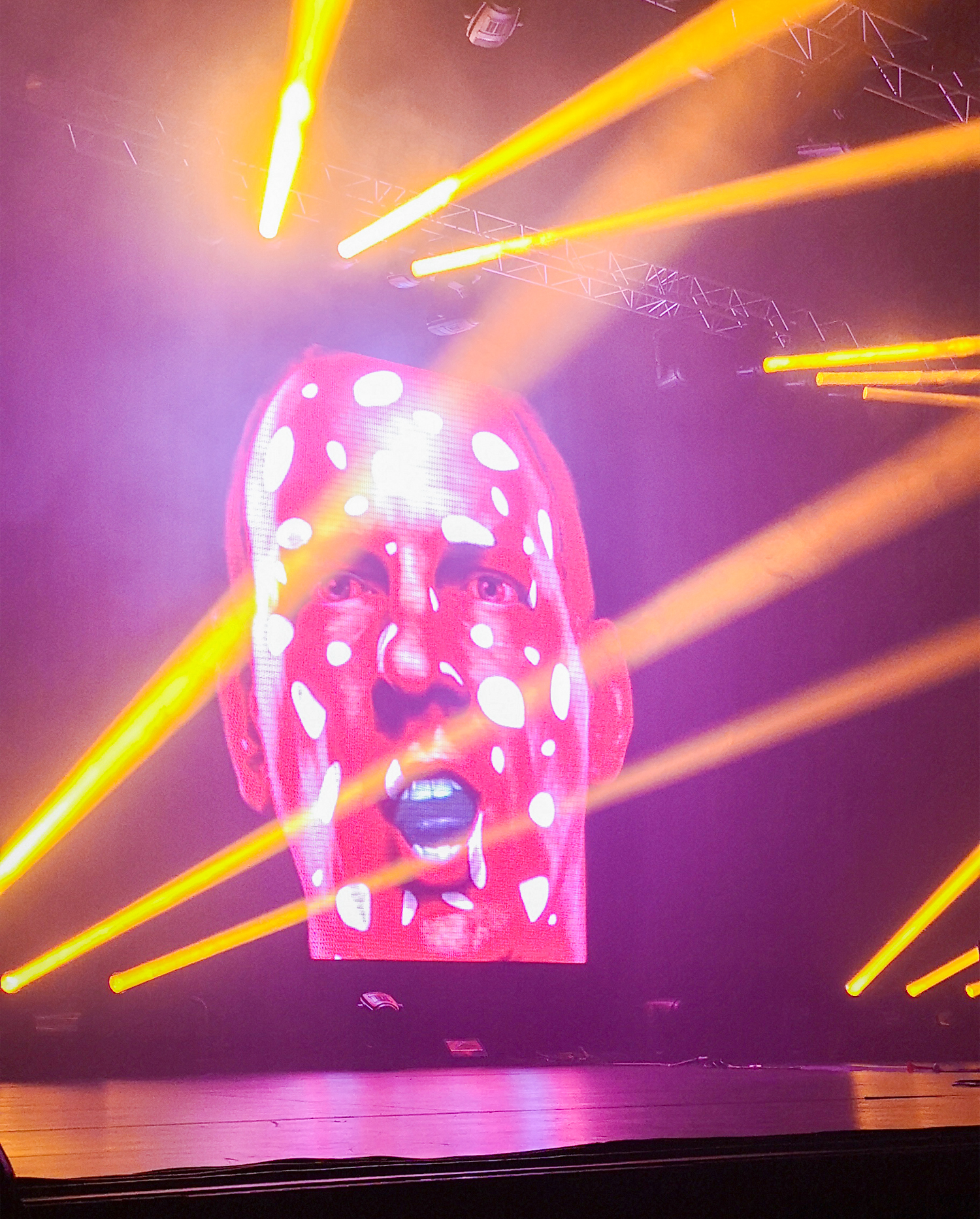 Eat, sleep, rave, repeat! Robert en I danced our socks off at the Fatboy Slim and 2 Many DJ’s concerts at Chorus Festival. It was SO fun! Tricky, who also “performed” at the festival, made a fool of himself and only confirmed what we already knew: he’s a talented artist but a ridiculous performer. 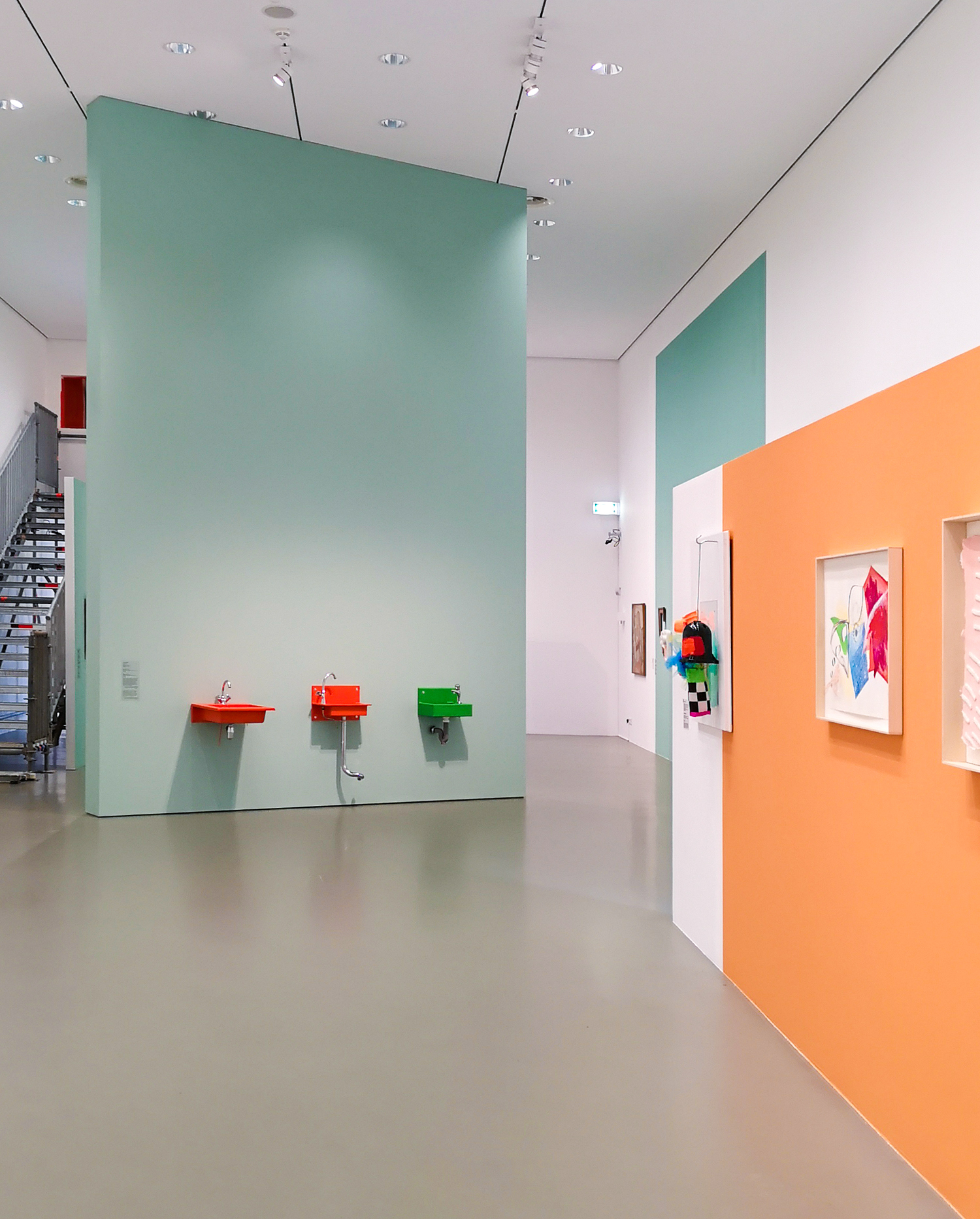 Together with my parents I visited the Jessica Stockholder exhibition at the Centraal Museum Utrecht (NL) which was nice but not as good as I had hoped. And just before leaving for the US and Brazil, we found and met our three new kittens at their foster family. They were very small, playful and completely black, but they were still very young and we’d have to wait until July to adopt them. 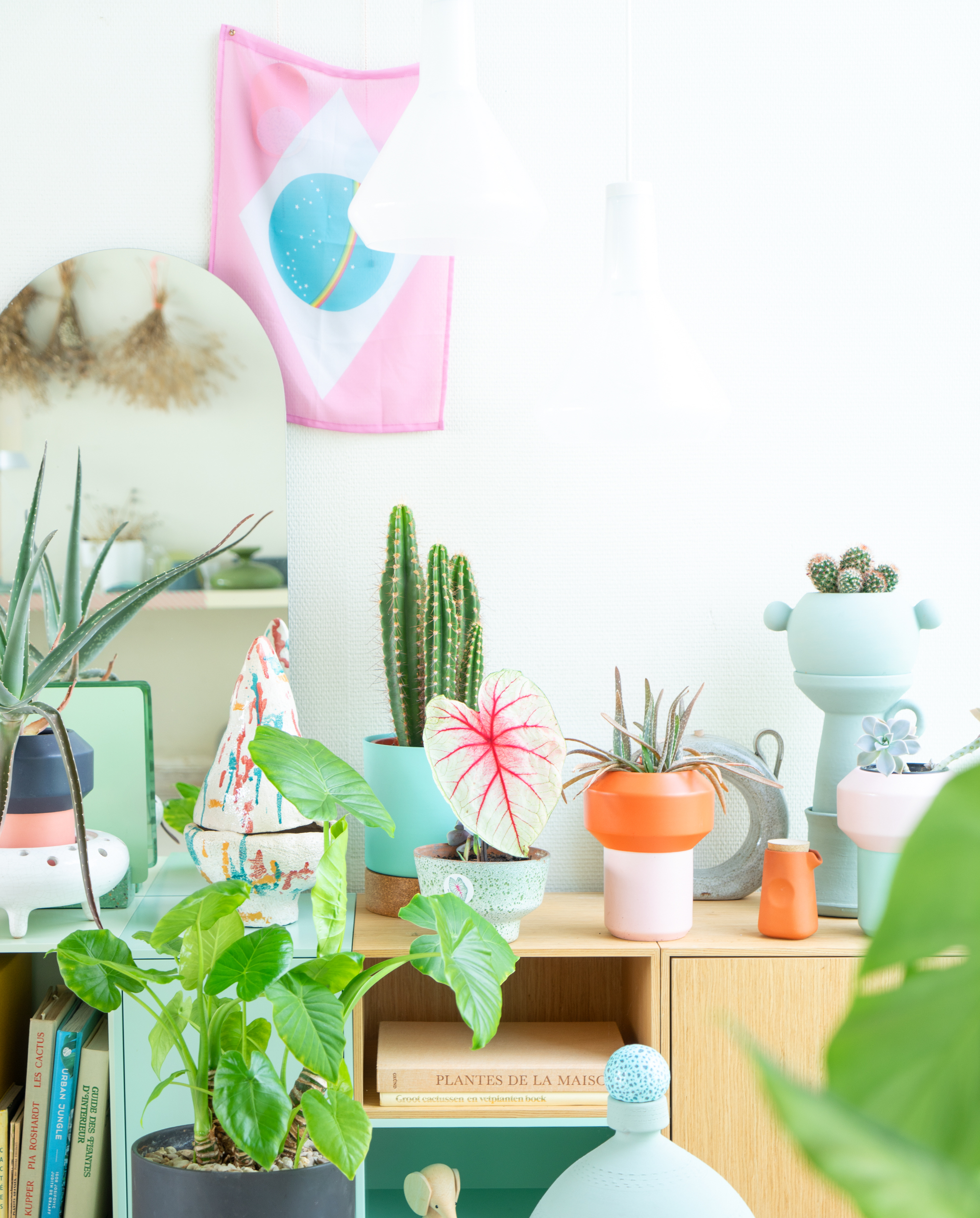 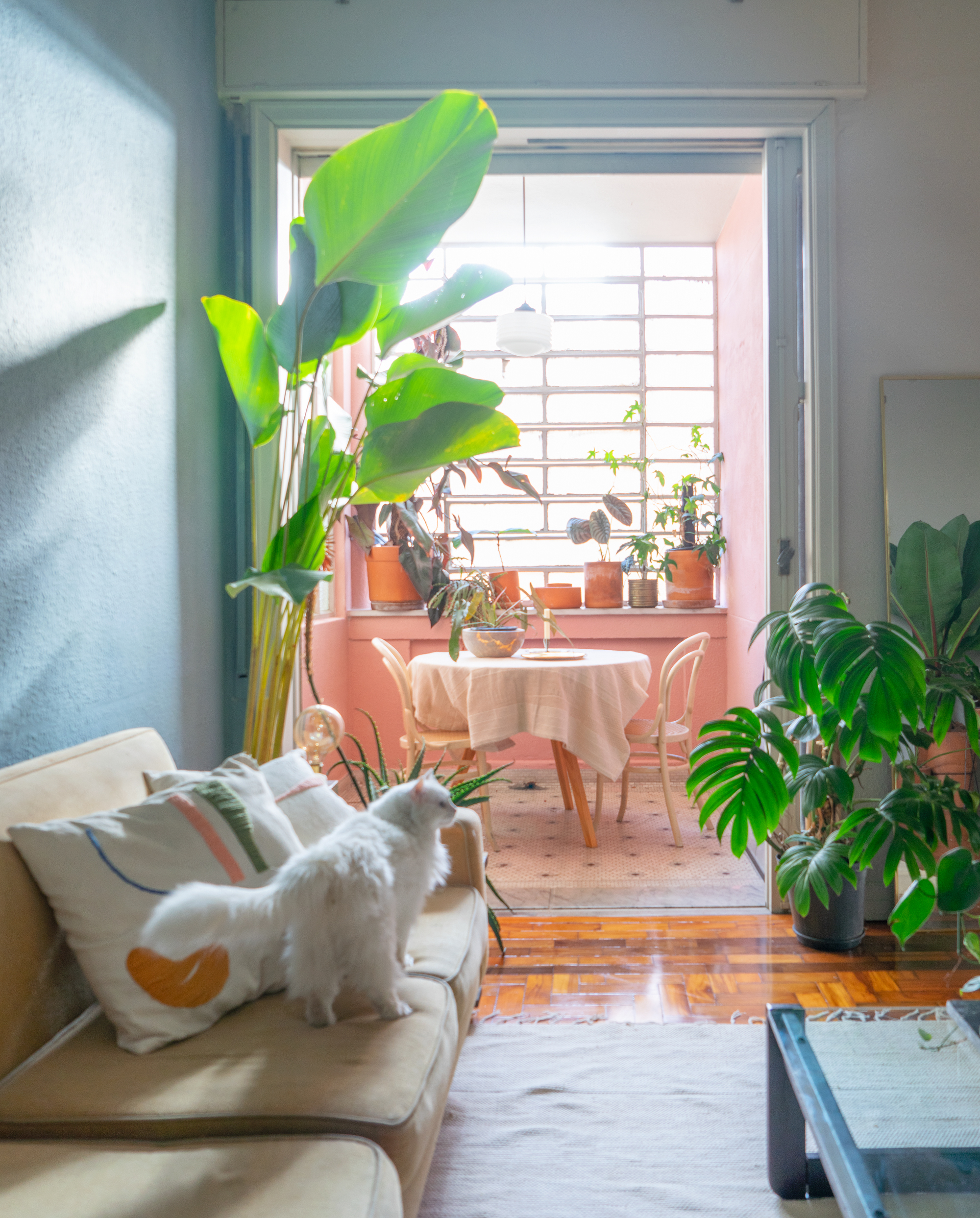 The huge 3-week trip to the US and Brazil was a big adventure, we met so many plant people, traveled every single day, I petted a lot of “other people’s cats”, laughed a lot, ate new foods, learned a few words of Portuguese, discovered such a cool country that I now dream to visit again with Robert. We spotted wild toucans, swam in a few rivers, slept in a dozen different beds, went clubbing, drank coconut water and caipirinhas, visited a plant & flower market at night… and we worked hard too. I could write a book about this entire trip 😉 but if you like to see more, I saved the trip as highlights on Instagram.

On May 27th Robert and I celebrated our 21th anniversary and I cried because we were separated by nearly 9000km. 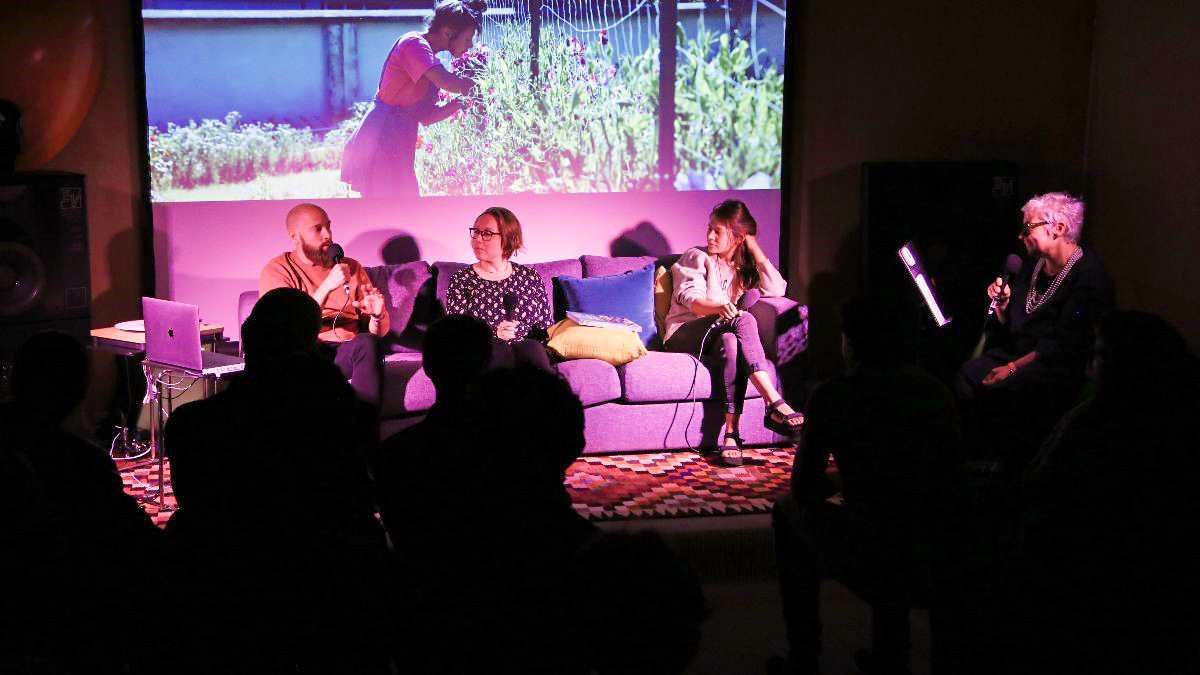 Invited by my friend Cécile Poignant, I had the honor or being a guest at the live Podcast recording at Time Work Space called “Intelligence Végétale”, together with Masami Charlotte Lavault and Antoine Bertin. You can listen to it here. 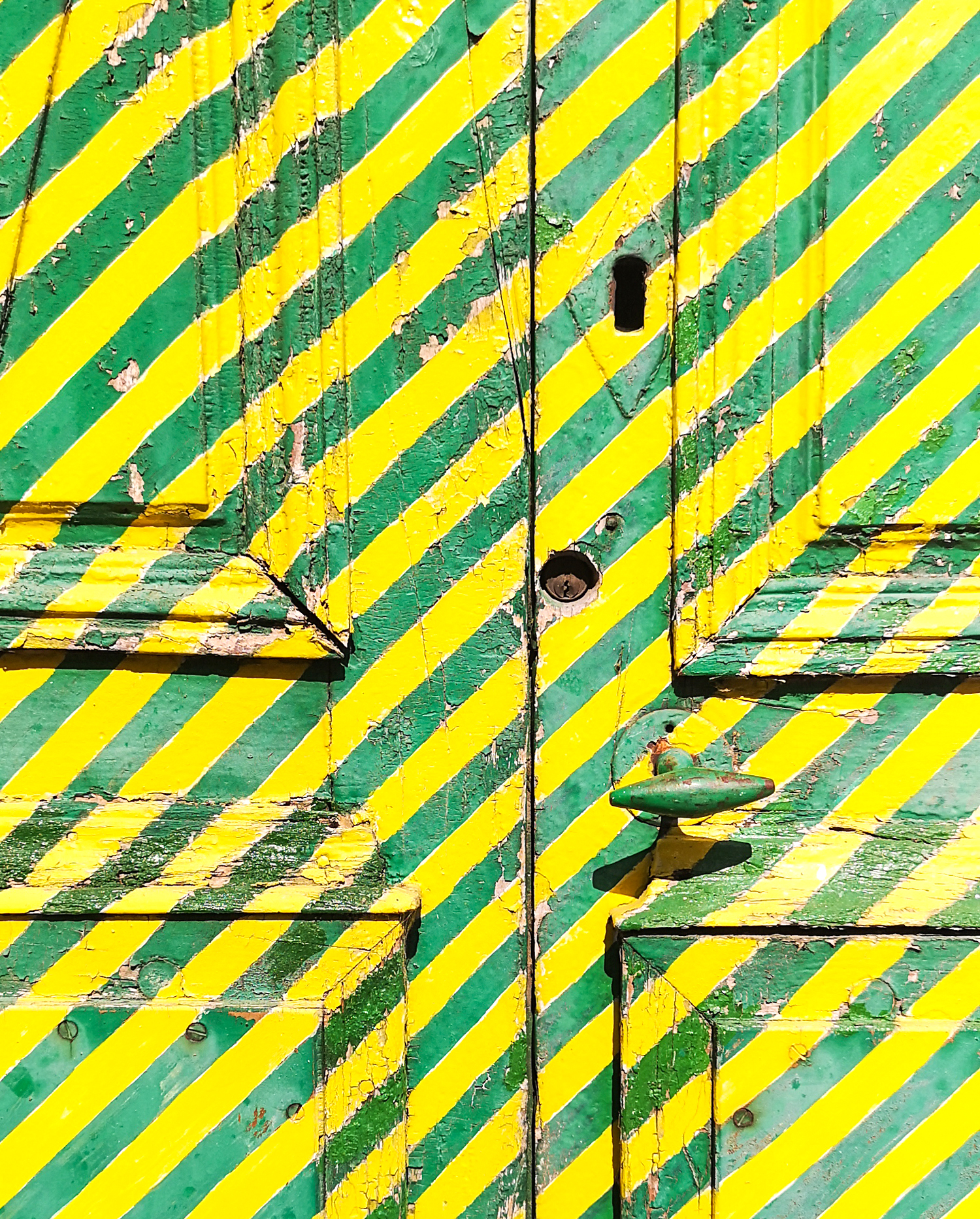 Finally a real, but short, holiday break. We spent 13 days in the South of France, swam in the Ardèche river, explored the caves of Chauvet and Orgnac, and tried to stay cool because of the extreme heatwave. We also, by coincidence, visited a bizarre, cool, over-the-top Museum d’Art Moderne in Saint Just as well as the Basquiat Remix exhibition at the Collection Lambert in Avignon. 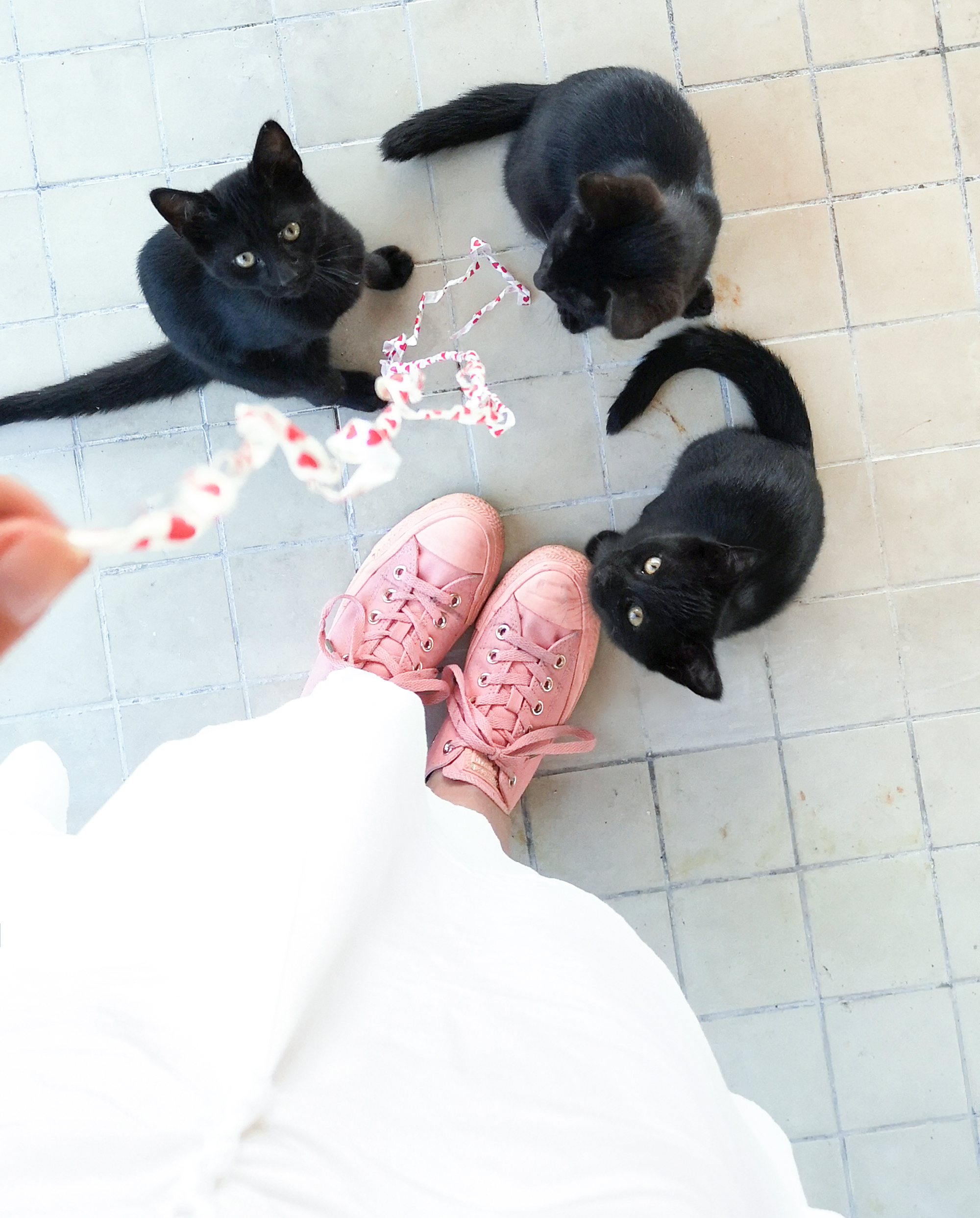 The Bastille Day weekend was an extra special one: we picked up our three kittens at the foster family, celebrated Bastille Day playing with them and trying to make them feel at home. And on the 15th we celebrated our 19th wedding anniversary together with Retsina, Tsatsiki and Per Hammar.

After a few days Retsina became very ill. We treated her with antiobiotics but her condition didn’t improve. Robert left for a week in Seattle and said his goodbyes. Retsina didn’t eat and for a few days I gave her seringues with sugar water and powerfood every 1 1/2 hours, day and night, which was rather exhausting. My sister was with me that week and because of all the cat sorrow we changed plans and spent time together around the house, eating her delicious food, watching movies, some shopping and we played with Tsatsiki and Per Hammar who were doing great. After a few days at the clinique, Retsina started eating again and meowed when we went to see her. I picked her up and I slept in the coolest room of the home, with all three kitties close to me. At top peak we had 42°C, which was crazy and not without danger for a sick kitten. 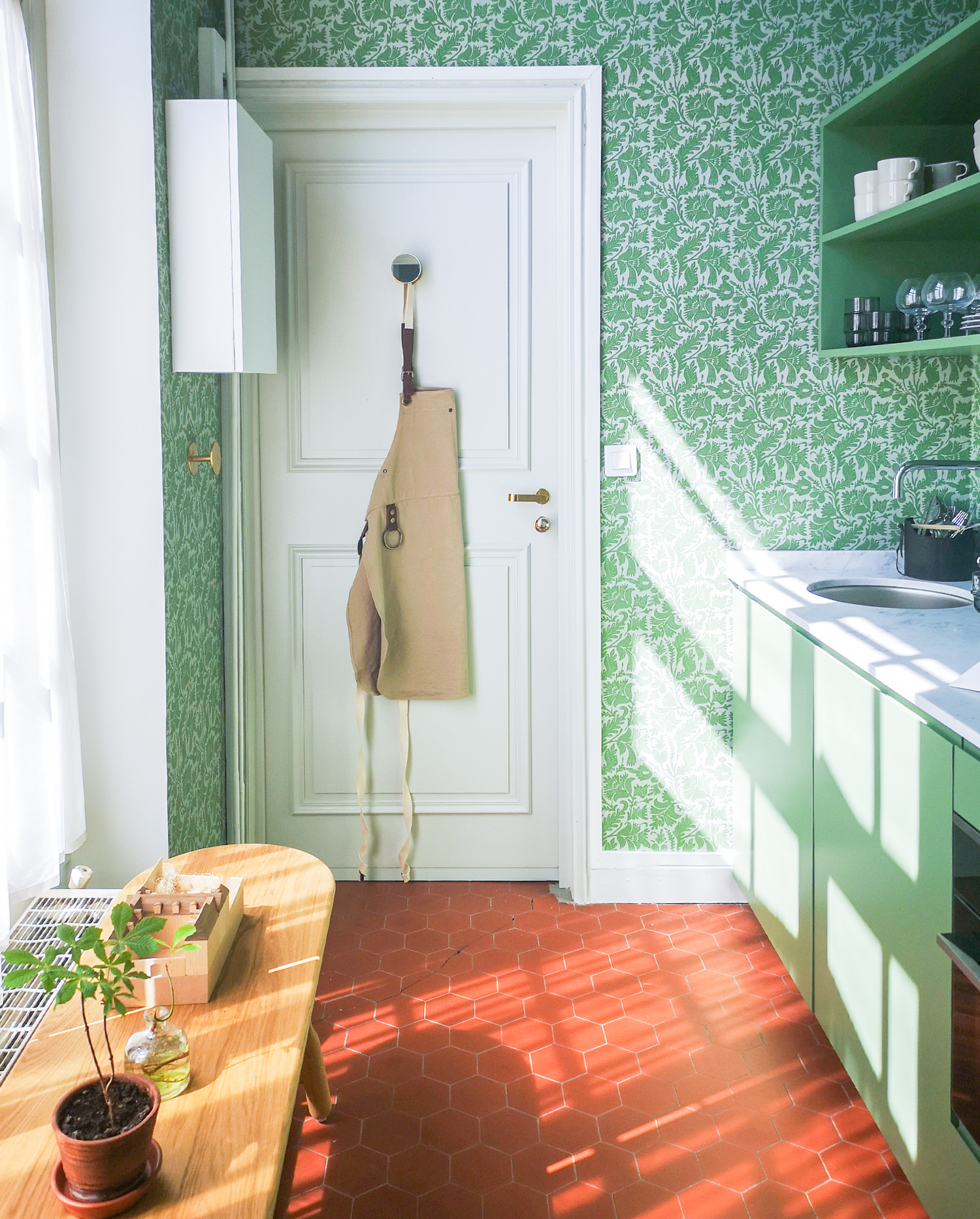 Retsina fully recovered and her coat turned a little bit more grey every day. It actually quite suited her, but in the fall she turned fully black again. We thought we had lost her, but she was so brave and courageous and not ready to let go.
Robert and I were invited (through Chris!) to spend a weekend in Paris at the Swedish Institute, where we were guests of the newly designed rooms, in the heart of the Marais. 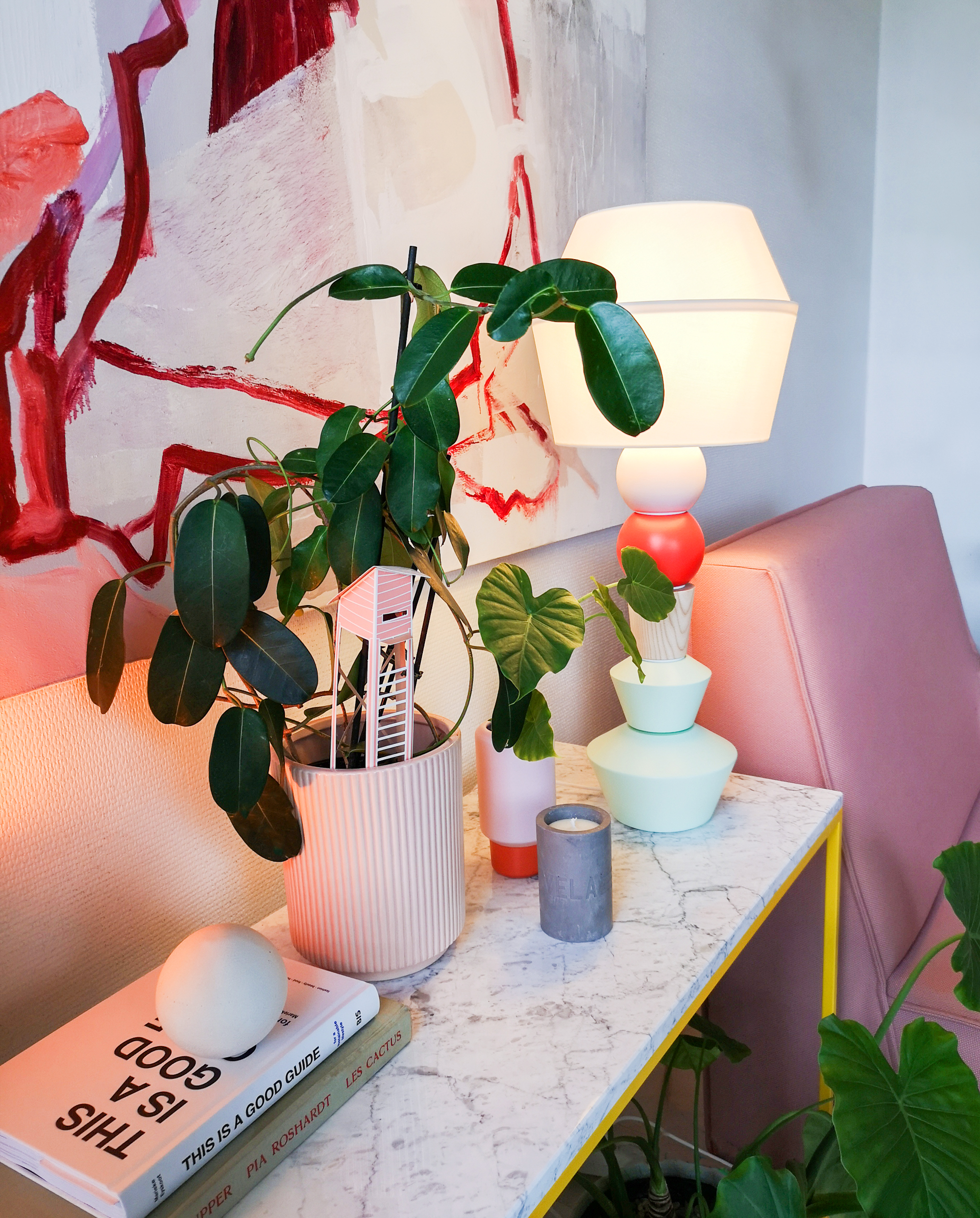 A busy month with a lot of back-to-school meetings, Maison & Objet and M&O with Igor for Urban Jungle Bloggers, press events, real estate agent meetings, and I also did a bunch of medical check ups and got new glasses. 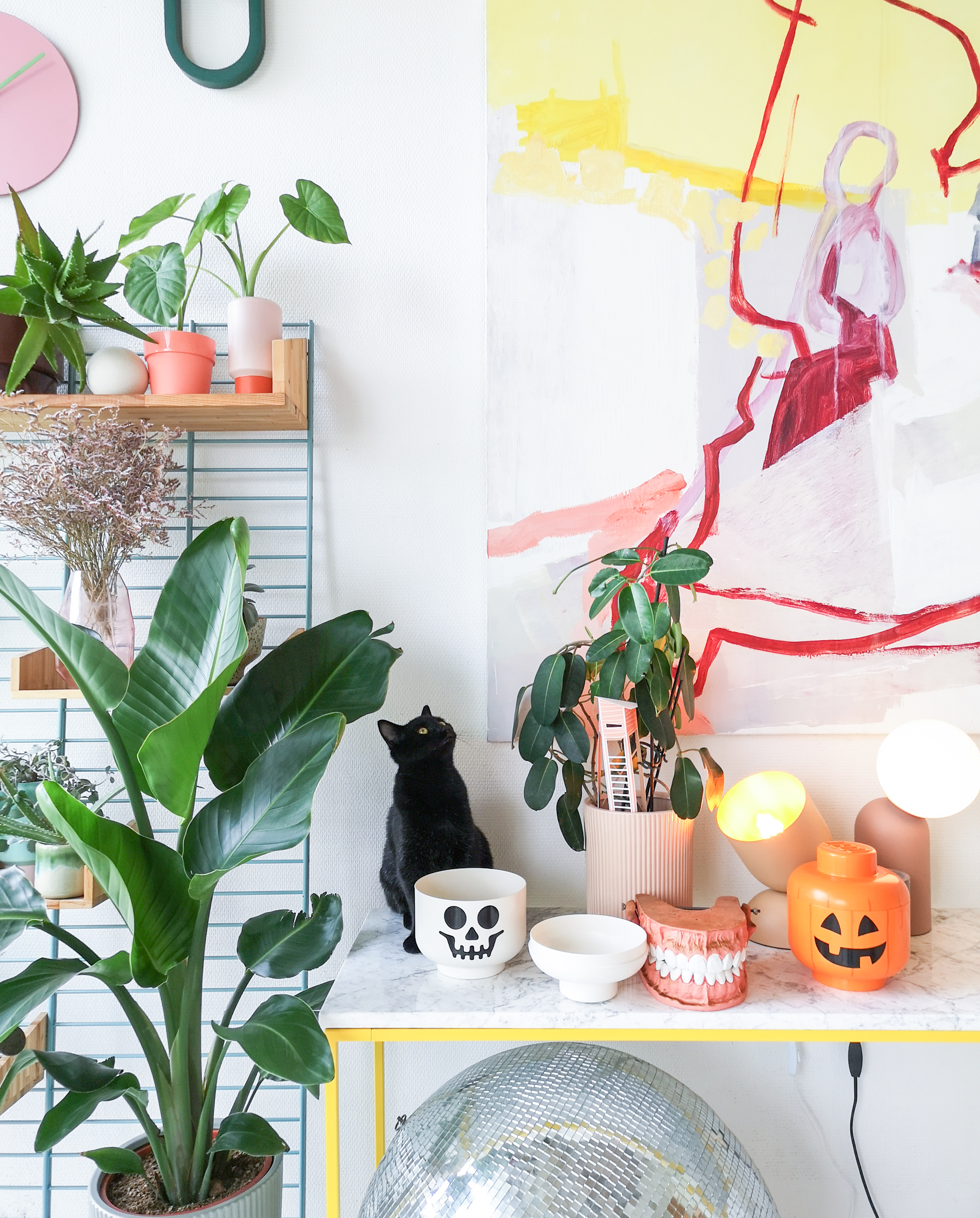 Had a lipoma surgery and a speedy recovery and visited the Journées des Plantes again, together with Chris and Vanessa. And Robert and I found out we will be grand parents next year! 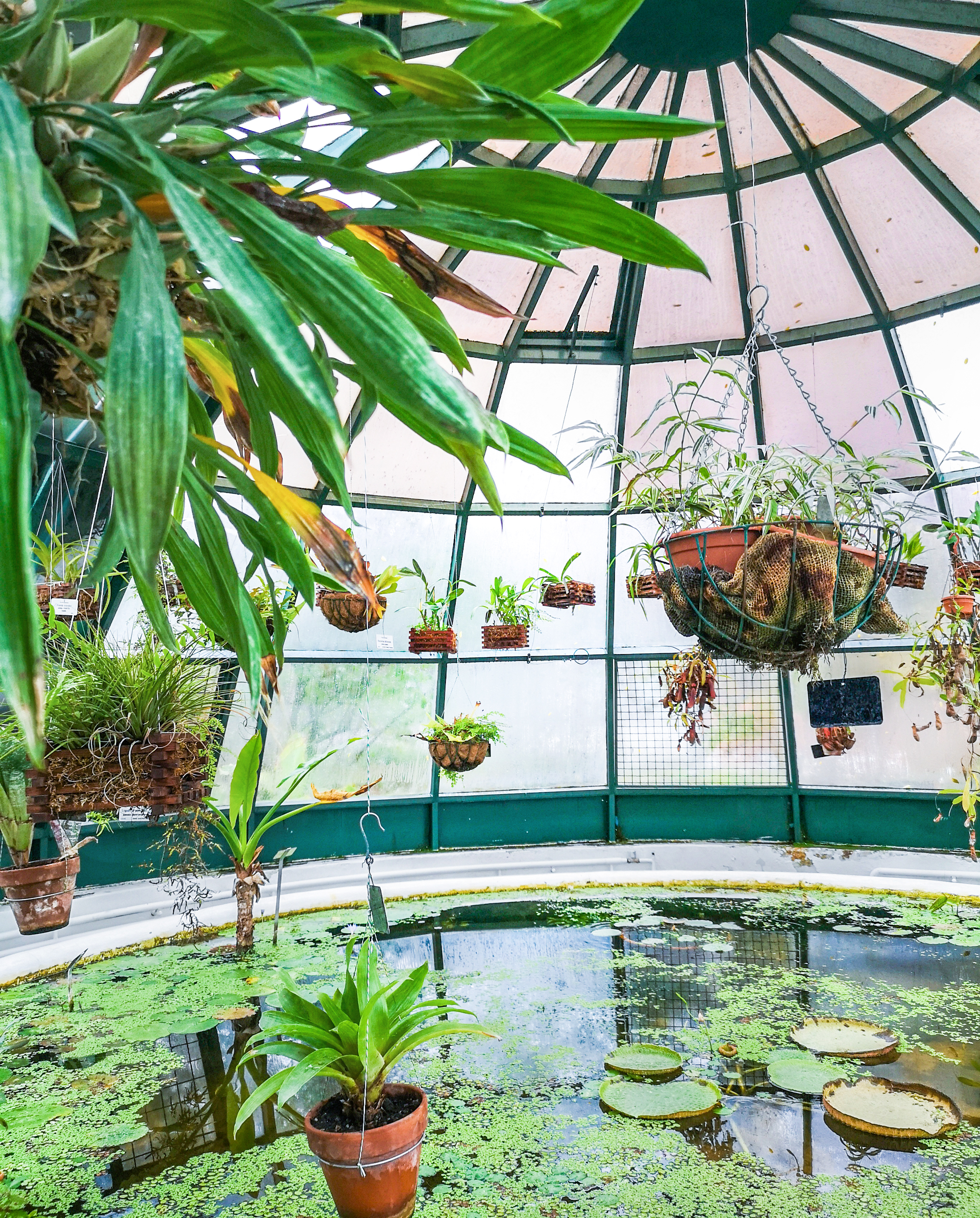 Igor and I spent five days in Zagreb, Croatia, where we hosted an UJB event together with the team of Dnevna doza biljaka, promoted our book at the Croatia Book Fair and visited the Plitvike Lakes National Park. Read more about the green highlights here.

Then it was Robert’s turn to have a surgery. His shoulder needed a chirurgical intervention and thanks to the talented surgeon, all went well and he’s currently in full physical therapy mode. 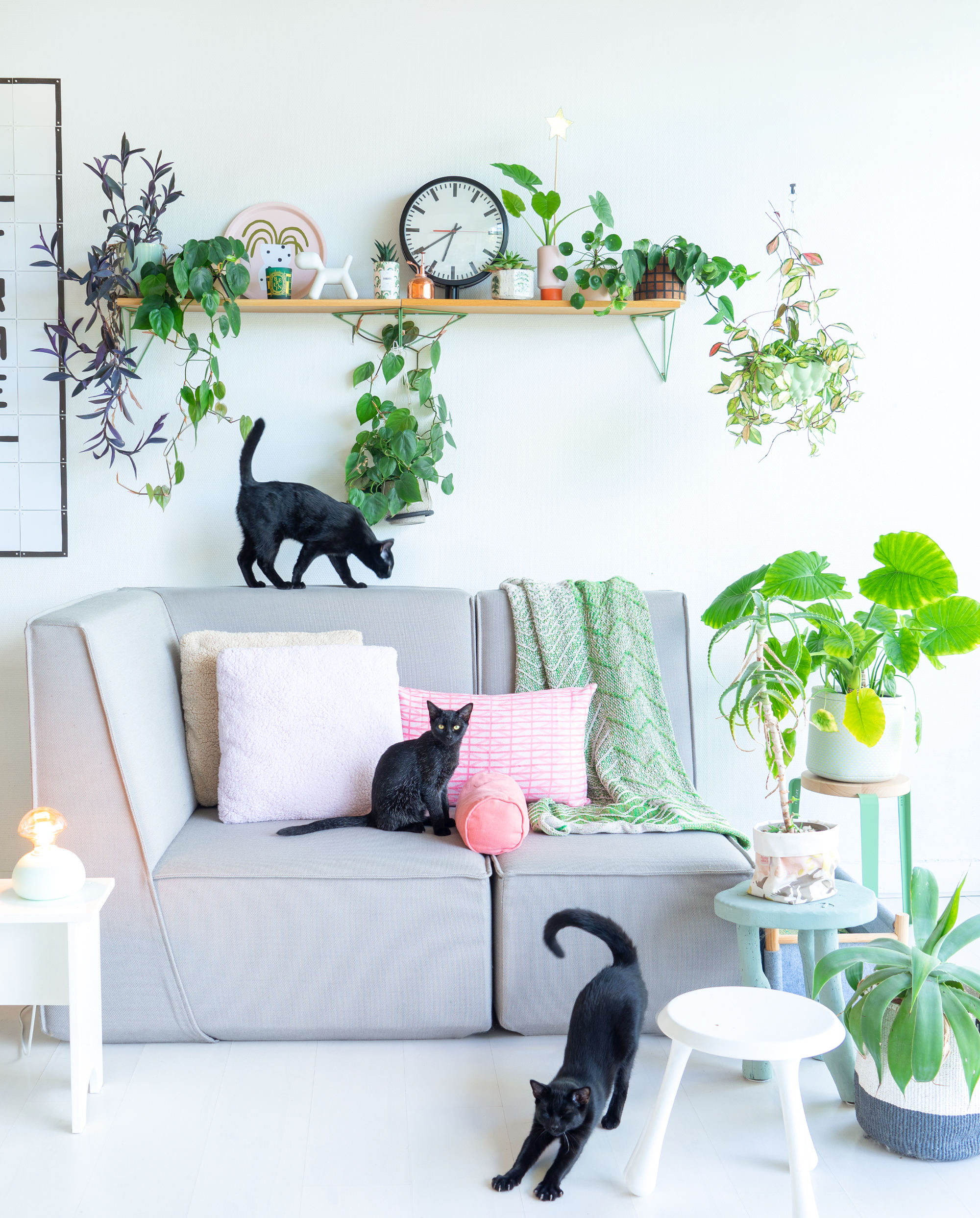 The last busy month of the year: wrapping up projects, celebrating Saint Nicholas and Christmas with our family, not going to Paris because of the strikes and lack of trains, preparing an early January trip to Copenhagen. At Christmas our (step-)son & daughter-in-law confirmed that their baby is doing very well and that it’s actually a girl. Our dear Retsina, Tsatsiki and Per Hammar made it into their first magazine, a fun double spread in French magazine Yummypets. 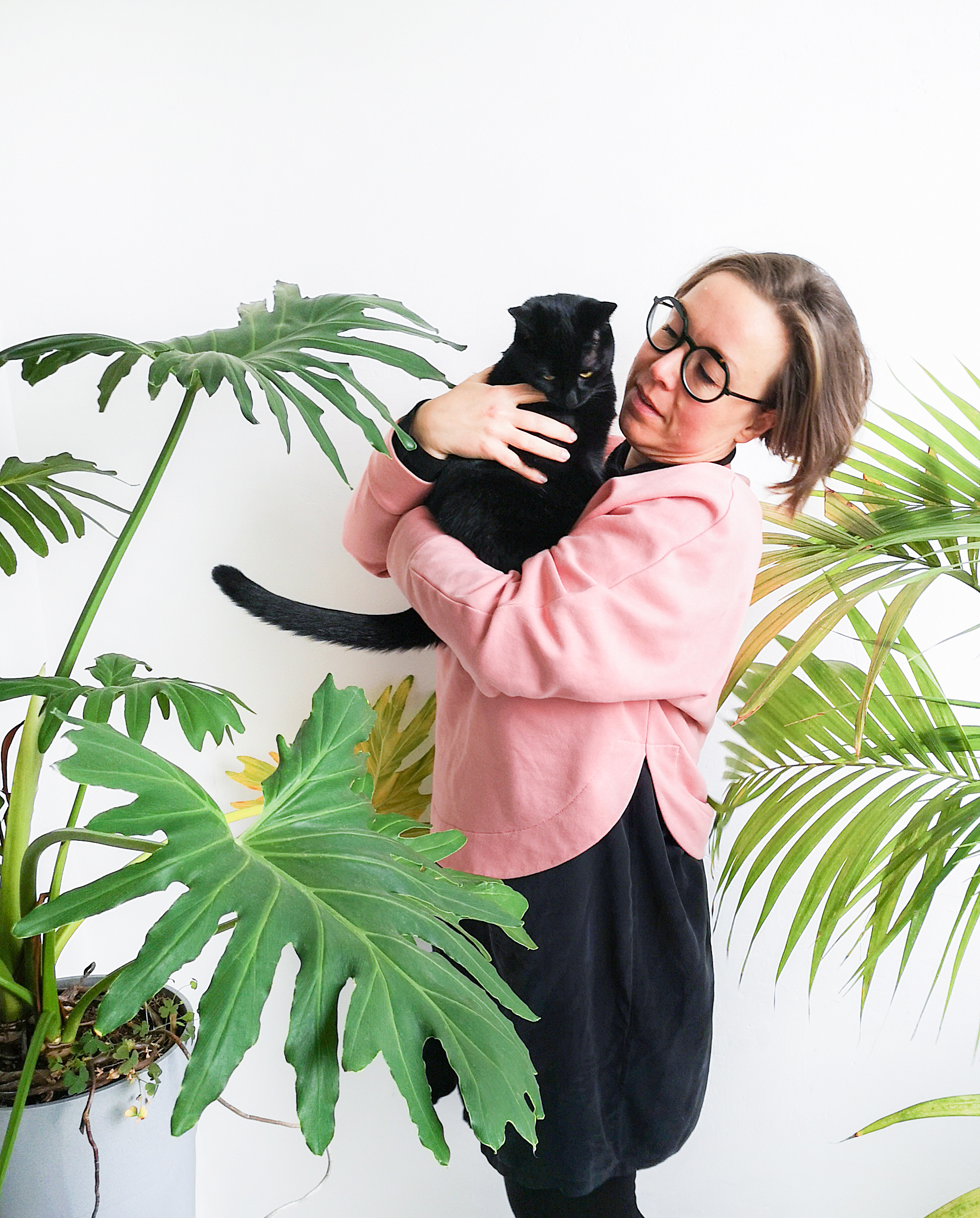 What a year! This overview didn’t include my freelance work as a graphic designer, the photography projects that I did for several brands, the blog collaborations that I worked on, all the UJB projects that we planned… The sale of our home that took us SO much time this year. We cleaned the house dozens of times for visits of potential clients and real estate agents. It was (and still is) an exhausting process. It was also very frustrating that I couldn’t share any of that with you, but I started writing a (long!) blogpost with tips & tricks, in case you are planning to sell your home. Oh and we went to many many vide-greniers and brocantes this year and our local thrift shop was on fire! I found a lot of nice furniture, plant pots and ceramics. And adopted quite a few new plants as well! 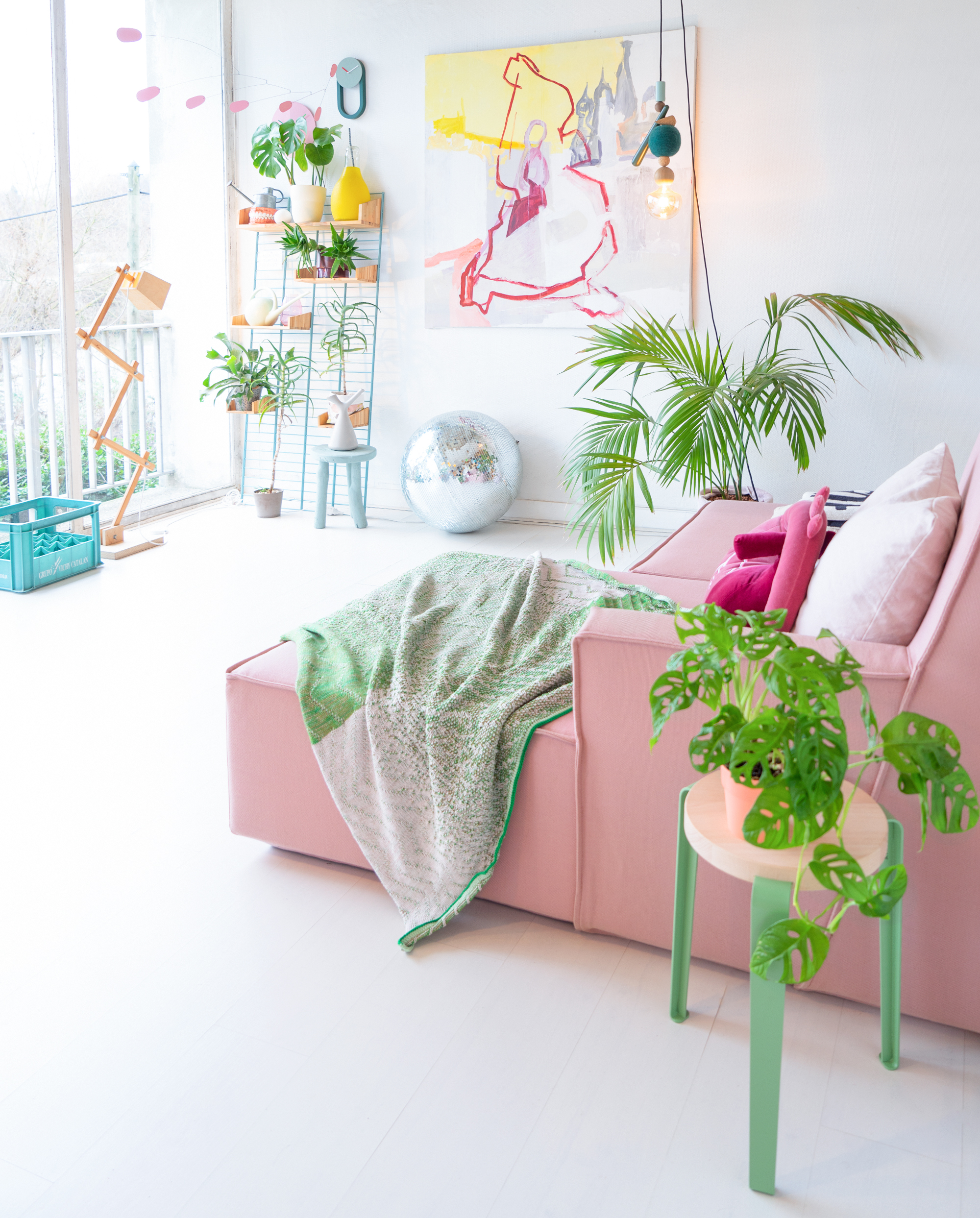 Thank you so much for your continuous support here on the blog, via Instagram and in person!